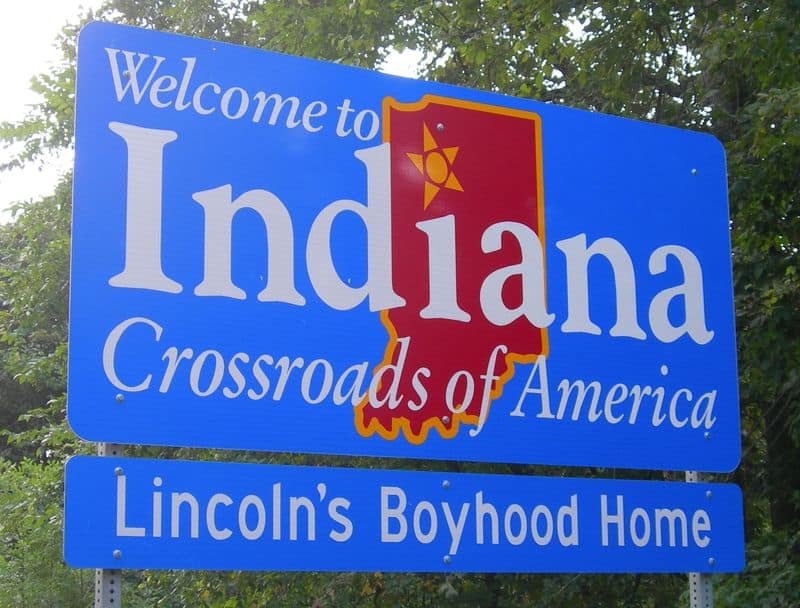 Thanks to a 1997 state law, couples applying for marriage licenses in Indiana could potentially face Class D felony charges upon submitting their application to the clerk, even if said application is denied.

The same law also declares it a Class B misdemeanor for any clergyman, judge, mayor, city clerk or town clerk-treasurer to perform a same-sex marriage ceremony or solemnize a same-sex marriage in any way, which carries a penalty of up to 180 days in jail and a fine of up to $1000.

At present, it is not known if any Hoosiers, gay or straight, have faced charges for "falsifying" information on their marriage license application. However, NWI Politics did note that, should a clerk choose to ignore the law and issue a marriage license to a same-sex couple, a conviction would not automatically remove them from their post, since the offense is only a misdemeanor.

Lawmakers have already made an attempt to add a same-sex marriage ban to the state constitution, and to also include any sort of civil union as well. The proposal was delayed until the Jan.-Mar. 2014 legislative session, and subsequent approval would put the ban on the ballot for the following November. Fortunately, recent poll data indicated that a majority of Indiana voters oppose placing such a ban in the state constitution.