In response to Russia's new anti-gay propaganda law, both Los Angeles and Chicago have been urged by LGBT supporters to drop their sister cities of St. Petersburg and Moscow respectively.

Efforts to sever LA's ties to St. Petersburg have been ongoing for quite some time. Back in February, Los Angeles City Council introduced a resolution that would have severed the city's symbolic relationship with Russia, Frontiers LA reports:

"The passing of this resolution sends a strong message that the city will not tolerate discrimination against our LGBT brothers and sisters in a sister city relationship,' openly gay City Councilmember Bill Rosendahl said in introducing his resolution on Feb. 12. 'We must stand together and continue to fight for our basic civil and human rights for all human beings on this earth."

Left unsaid in City Hall that day was the possibility – albeit perhaps a remote possibility – that the severing or even suspension of ties to St. Petersburg by the City of Los Angeles would send a resounding message of support for LGBT human rights from the ninth most economically powerful city in the world that other cities could use as cover to also sever ties. 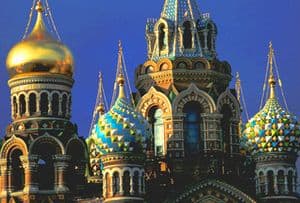 While the resolution unfortunately failed to move out of committee in April, activists hope the new media attention being brought to the issue will help reignite the campaign. Additionally, a Change.org petition asking L.A. to sever ties with St. Petersburg has gathered over 2,000 signatures.

Meanwhile, Equality Illinois has called on Chicago to end its relationship with Moscow.

"As the state's oldest and largest advocacy organization for lesbian, gay, bisexual and transgender Illinoisans, we believe that it cannot be business as usual in Illinois' relations with Russia until that country's oppressive laws are reversed and gays are not targeted for oppression," said Bernard Cherkasov, CEO of Equality Illinois.

"From many small but meaningful steps, a national and then an international consensus will grow and ultimately, we believe, force Russia to change its behavior toward its gay citizens and visitors," Cherkasov said.