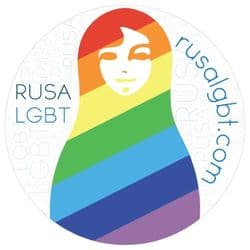 Two New York based LGBT groups will be protesting the Russian consulate tomorrow, according to a joint press release. One group, RUSA LGBT, is an organization for Russian-speaking members of the community, and has reportedly welcomed "many LGBT asylum seekers from Russia, Ukraine, and Belarus who fled the abuse and
mistreatment in their homelands" into the United States. The other, Queer Nation, identifies itself as "committed to direct action to end homophobia and anti-LGBT violence". Both will be carrying signs as well as dumping Russian vodka in the gutters to protest recent atrocities committed against LGBT citizens and foreigners in Russia. Business owners participating in the current Russian vodka boycott will also be on hand to express their solidarity to the cause.

According to the release, the protesters' demands are as follows:

"1) The Russian government repeal the “anti-gay propaganda” law before the 2014 Winter Olympics in Sochi. 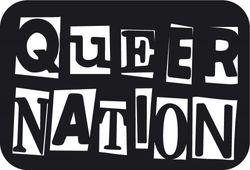 "3) A boycott of the Sochi Winter Olympics, with a suggestion to move the 2014 Games to Vancouver, Canada.

The group claims to also have "the support of a wide range of LGBT activists and organizations in
Russia, the United States and around the globe." While no other groups have explicitly expressed their support of this protest just yet, it does come as one of many demonstrations taking place recently to protest Russia and its various human rights violations.

You can read the full release by clicking the following link —> (Download QN_RUSA_Joint_Release.)