Mamba Online reports on the horrific rape and murder of a Johannesburg woman: 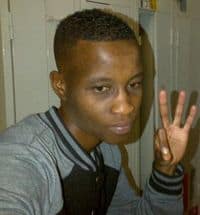 Police revealed that they had discovered a toilet brush rammed into her vagina.

The Daily Sun reported on Monday that the half-naked body of 26-year-old Duduzile Zozo was found in Thokoza, Ekurhuleni, outside of Johannesburg, on Sunday morning.

Zozo's grieving mother, Thuziwe Zozo, told the newspaper that she suspects that her daughter was murdered because of her sexuality.

“She was a lesbian but she has never had any problems before. People loved and appreciated her," she said.

In one of her final posts on Facebook on Friday, the young woman wrote: "In the end, we only regret the chances we didn't take, relationship we are afraid to have, and the decisions we waited too long to make…"

South Africa's lgbt activists are denouncing the attack, the latest in a string of violent actions against LGBT people in the country.

“It seems that as lesbians we cannot go anywhere. We cannot be ourselves. We have to hide ourselves, otherwise we get killed. We have to stay indoors – like caged animals,” she said. “It’s like we are living in the apartheid era again and homosexuals are the ones that are being oppressed.”