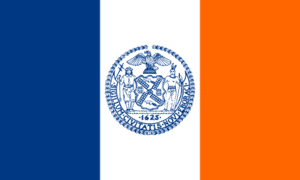 The proposed act, approved by the council less than a day after the Supreme Court decision striking down the Defense of Marriage Act, is composed of two bills, one of which would prohibit police from any profilng based on a host of possible criteria, including sexual orientation, gender identity and HIV status.  The other bill would create an independent inspector's office that would monitor police policy, conduct investigations and suggest changes that could be made to the department.

Mayor Bloomberg vetoed the act last week, releasing two three-page letter explaining his opposition to both bills, which he called "dangerous and irresponsible," according to the New York Times.

The council has 30 days during which to hold a veto override.  In the first votes on the Community Safety Act, the independent inspector bill comfortably cleared a veto-proof two-thirds threshold; the profiling bill received exactly the number of council members required.  As Gothamist mused, Bloomberg's veto is seen by some as a delaying tactic to pick off council members and push the bills below the veto-proof margin.

In their statement, which focused specifically on the profiling bill, the organizations today specifically noted the long history of profiling against the LGBT community:

"From Stonewall to stop and frisk, LGBTQ people – and particularly LGBTQ people of color, LGBTQ youth, and transgender and gender nonconforming people – have long been targets of profiling and other forms of discriminatory policing."

Joining the national organizations who signed the statement–among them the National Gay and Lesbian Task Force, Lambda Legal, the National Center for Lesbian Rights and GLAAD–were a significant number of New York-specific groups, such as the Ali Forney Center, Gay Mens' Health Crisis, the Lesbian, Gay, Bisexual and Transgender Community Center of New York and the New York City Anti-Violence Project.

You can read the organizations' statement in full AFTER THE JUMP…

We commend the New York City Council for leading the way toward putting an end to discriminatory policing of all of our communities by passing a comprehensive and enforceable ban on police profiling and establishing independent oversight of the New York City Police Department. We congratulate New York City for making history by prohibiting police profiling based on sexual orientation and gender identity by law, along with race, ethnicity, religion, age, gender, housing status, immigration status and disability, including HIV status. From Stonewall to stop and frisk, LGBTQ people – and particularly LGBTQ people of color, LGBTQ youth, and transgender and gender nonconforming people – have long been targets of profiling and other forms of discriminatory policing. The consequences have ranged from death to deportation, assault to arrest, homophobic harassment to humiliation. Every person, regardless of race, religion, sexual orientation or gender identity, must be able to walk the streets without fear for their safety, including fear of police profiling and discriminatory policing practices. Profiling – whether it’s based on race, religion, sexual orientation, or gender identity – has no place in our society. We thank you for your courage in protecting our right to safety while protecting our right to be free from discrimination in all its forms, including by police charged with protecting us. We urge you to continue to stand firm with LGBTQ people and communities of color, and to vote against efforts to veto this landmark legislation and turn back the clock on this victory. The safety of LGBTQ New Yorkers depends on it.

Previous Post: « Suspect Confesses To Brutal Murder Of A Gay Man In Austin, TX
Next Post: American History According to Glenn Beck: VIDEO »