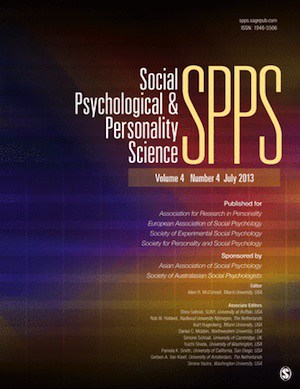 Homophobia, along with bigotry and prejudice in general, has never been known as a particularly intellectual process. However, thanks to a recent study published in the Social Psychological and Personality Science journal, we may have new insights into the origins and inner-workings of homophobia and sexual prejudice.

Previous analysis might have blamed homophobia on religious or conservative conditioning, or latent homosexuality. This new study, conducted by Angela G. Pirlott of the University of Wisconsin-Eau Claire and Steven L. Neuberg of Arizona State University, now indicates that homophobes could also be doing what they do because they are "avoiding unwanted sexual interest." Pirlott, the lead author of the study, explained the origins of their work in an interview with the Huffington Post.

The three-part study sampled 533 heterosexual students, and asked them to rate their sexual interest towards six different classifications of people: straight men, gay men, bi men, straight women, lesbians, and bi women. Pirlott then explained the rest of the process in an interview with PsyPost: 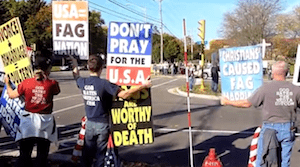 In other words, the researchers did not explicitly ask the students if they were homophobic or prejudiced. Rather, the researchers framed their questions in a way that would allow them to infer said information based on the data that they collected. Using this methodology, Pirlott and Neuberg found that students who carried homophobic beliefs or sexual prejudices tended to direct them towards those groups that could potentially direct unwanted sexual attention towards them. Prejudiced straight men usually felt intimidated by gay men and bisexual men, but not lesbians or bisexual women. Prejudiced straight women were usually intimidated by lesbians and bisexual women, but not gay men. As Pirlott herself stated, "The patterns of prejudices map on nearly perfectly with perceptions of unwanted sexual interest."

Those familiar with the "gay panic defense" may not be very surprised at such results. Neuberg, who has studied the psychology of bias for years now, was also quick to note, though, that this new study does not necessarily prove a direct cause-effect relationship between homophobia and unwelcome sexual advances. Rather, this study simply gives us more insight into a relationship between the two, given that the study did find a strong correlation between the two. Pirlott also hopes that this study will help draw attention to some other possibly inaccurate hypotheses for homophobia, such as gender-role violation, threats to sexual identity, and threats to a person's religion and/or beliefs.

You can find the full published study HERE.