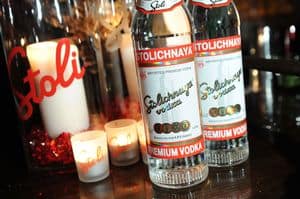 I attended a professional/social networking event recently where, after listening to one gentleman tell his friend about the "awesomeness of Kathy Perry" (Who's Kathy Perry, I asked? "The pop star, of course," he said with all the cocky self-assuredness of Anthony Weiner), I decided to change the subject.

"I'd like to know what we all think about the vodka boycott?"

As Towleroad has been reporting, the combination of draconian anti-gay laws in Russia, roving bands of gay hating pogroms (a term used for the roving bands of anti-Semitic attackers in Russian history), and the upcoming Winter Olympics in the otherwise pleasant resort town of Sochi, Russia, has caused many in the American gay community to issue calls for the United States to drop out of the Games, on-the-ground activism, and/or vodka boycotts.

The last one got me thinking: Is a boycott of alcohol (and alcohol produced by a company not owned by Russia, at that) the best focus of our community's energy?

This led to what I think is the most important question: How do we define "best"? Is our goal an end to anti-gay hate in Russia? Better understanding and acceptance of LGBT persons? Safety for openly gay athletes at the Olympic Games? What are we trying to achieve?

For Dan Savage, the Stoli boycott would "show solidarity" and "draw international attention" to the persecution of LGBT Russians. That's it? That's all he wants? Scott Shackford, the needlessly condescending writer on gay issues over at the libertarian Reason.com, thinks the boycott is misguided, but can't offer any alternative beyond his general dislike of all things coming out of the mainline gay movement these days. Michelangelo Signorile has some advice: boycott a whole slew of companies, from Proctor & Gamble to Holiday Inn, because these companies do business with Russia and have influence here in the United States.

The problem with all these ideas is that they are haphazardly approaching a problem without a clear idea of the goal they want to achieve. None of these will help LGBT Russians; some may hurt. A Stoli boycott is a drop in the bucket, harmless to Putin, to his nationalist allies, and to anyone who could possibly influence them. Mr. Signorile's insightful idea is focused here at home, hoping that the United States can ultimately help things change in Russia. But will a hoped-for, but unlikely drop in Proctor & Gamble's profit margin push President Obama to make more than statement of concern to Mr. Putin.

If we want to achieve all these noble and important goals — helping LGBT Russians, pushing the United States and others to act — then it seems to me that we can only do one thing: Go to the Olympic Games, have our openly gay and our supportive athletes make physical and verbal statements of LGBT support, and embarrass and hurt Mr. Putin's standing among his people. Let's find Putin's Jesse Owens rather than let Putin laugh at us from afar. Let's hurt Mr. Putin, not the independent owner of a vodka company.

AFTER THE JUMP, I consider the options and show how we can focus and the get the most out of our activism.

The question we have to ask ourselves is this: What are we trying to achieve? Once we know that, we can tailor our actions to it.

Showing solidarity is great, but it seems limited. We can do that a thousand different ways. It also seems more about us than the actual victims of Putin's hate.

Drawing international attention is also fine, but completely ineffective against a maniacally self-aggrandizing man like Mr. Putin, running a declining former empire that is self-conscious of its declining standard of living and place in the world. If anything, united international opinion against him would make him stronger and galvanize the virulent nationalist streak running across the Ural Mountains.

Trying to get policy changed on this side of the world seems more attractive, but, again, wildly ineffective against a man so far immune to international pressure.

These ideas aren't bad. They simply smack of intellectual complacency and well-meaning, yet self-centered indignation. They take old-line street activist tactics and try to fit them into new problems.

Stolichnaya Vodka is neither owned by the Russian government nor Mr. Putin. It does employ some Russian citizens. It is run by a very rich man who has shown support for the LGBT community before. Despite this, Mr. Savage thinks a boycott on Stoli vodka would send a message and galvanize the international community. He has chosen a convenient target, but like many convenient targets, they are not the right ones.

Focusing on Stoli vodka is not only ill-conceived, but may play right into Mr. Putin's hands. It sends the message that the gay community can't tell the difference between a company that makes its vodka in Latvia and a company that is owned by the Russian government. What's more, it gives Mr. Putin ammunition to mischaracterize our community and further his anti-gay propaganda to this people — "Look what they're concerned about. Alcohol, their bars, their parties". You can just imagine the rhetoric.

The problem, as Russian scholars will tell you, is that Mr. Putin represents a strong nationalist and xenophobic streak in his country. He has tapped into the fear his ordinary citizens have that Russia is in decline. To some extent, people like Michelle Bachmann and the National Rifle Association do that here: they're paranoid, xenophobic, and scared. And they get stronger when they feel it is them against the world. Gang up on them and they grow, like a gym rat on steroids. You don't fight a person or movement like that by building international pressure and raising awareness. Instead, you have to undermine his power base from within and save the LGBT lives he's endangering.

How can we do that? I think we have three options:

1. We could boycott the Olympic Games entirely, punishing the Russian economy and highlighting the terror that Mr. Putin is executing on his people as he inches that country ever closer to autocracy. The athletes who have trained for their moment in the Sochi sun would be collateral damage, victims in a greater war. In fact, I spoke with one former Olympic alternate who told me that he would, though with great heartache, give up the "luxury" of competing if it meant saving a defenseless LGBT Russian's life. 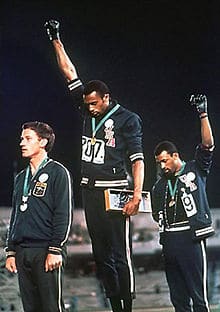 But if you think about great protests in Olympic history, what do you remember? Jesse Owens showed up and embarrassed Adolf Hitler in 1936. Tommie Smith and John Carlos showed up and lifted their fists in protest of racial inequality and human rights abuses in the so-called "Black Power" protest of 1968. In 1980 and 1984, the United States and the Soviet Union boycotted each other's games. And we all know that nothing really became of that other than broken dreams.

2. We can do what Israel did to Russian Jews before and after the fall of the Soviet Union: airlift them to safety in Israel. Currently, there is no government willing to do that, no private billionaire willing to fund it, and the plan would be susceptible to the response that the way to deal with Mr. Putin isn't to run, but to stand and fight. The last argument smacks of ill-conceived detachment: try telling "stand and fight" to the innocent gay kid being beaten by a band of neo-Nazis.

It would be great if we could find a government-owned Russian company to boycott, but that country's economy is so focused on mining natural resources that it's hard to find something viable. But the alternative is not to boycott other things just because a boycott seems right. Better to send our athletes to Sochi and not only embarrass Mr. Putin like Jesse Owens embarrassed Hitler but also show him who we really are.

3. Law can play a role. We should start advertising the fact that LGBT Russians should come to the United States and seek asylum. We have video evidence that being gay in Russia is very nearly a death sentence or, at least, a sentence of torture. When a country grants asylum to the citizens of another country, the protector nation is using its law for good, to actually protect and save lives. My Olympian friend had it right. Our goal should be to save lives. Our community leaders calling for boycotts just don't think big enough.

Previous Post: « Church of England: Growing Support for Gay Marriage is ‘Not a Case for Changing Obedience to God’
Next Post: Fox News Cites Hate Groups To Justify Transgender Oppression »