After being sent five petitions on its "We The People" site, the White House issued a statement on July 1st condemning actions by the Westboro Baptist Church, but also stating that it cannot list the organization as a "hate group" or take actions against the group's tax exempt status.

The statement was released in response to a "We The People" petition that asked the White House to legally recognize the Westboro Baptist Church as a hate group. Despite the WBC's extensive history of fiercely antigay statements and controversial protests, the Obama administration had conceded that its hands are tied in this situation.

"To the extent that these petitions request a particular law enforcement or adjudicatory action, we cannot issue a comment. In addition, as a matter of practice, the federal government doesn't maintain a list of hate groups. That's the prerogative of private organizations like the Anti-Defamation League and Southern Poverty Law Center." 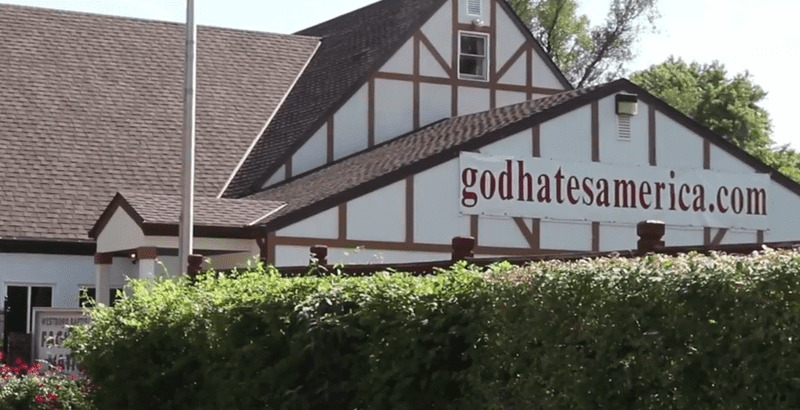 According to the Washington Post, all "We the People" petitions receiving more than 100,000 signatures within 30 days automatically receive a response. Two recent petitions have recently met said goal: one asking to label the WBC as a hate group and another asking for the organization to have their tax-exempt status revoked. WaPo has noted that these petitions are two of the five that were created after the group announced that it would picket the funerals of the shooting victims in Newtown, CT.

In its response, the White House did make a point to express its disapproval of the WBC's practices, as well as prior action that it has taken against the hate group:

"We agree that practices such as protesting at the funerals of men and women who died in service to this country and preventing their families from mourning peacefully are reprehensible– a point that President Obama has made for years. That's why he signed a law to ensure that protesters keep an appropriate distance at military funerals."

Unfortunately, many of the group's unsavory practices are still protected by the First Amendment, a fact that was reaffirmed in 2011 by an 8-1 decision by the Supreme Court. Most recently, the so-called church has announced that it will be picketing a One Direction concert taking place in Kansas City, MO, on July 19.