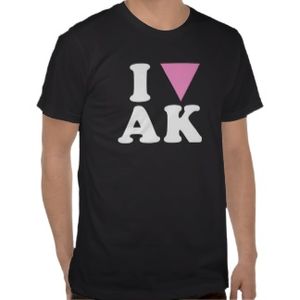 Alaska state employees may soon be able to use their leave to take care of a same-sex partner, thanks to a recent announcement by the State Personnel Board. Current rules only allow those employees to take leave to care for "immediate family members", and Alaska currently bans same-sex marriage. That said, the Alaska Supreme Court ruled in 2005 that it was unconstitutional to offer valuable benefits to opposite-sex couples but not to same-sex couples.

Nancy Sutch, a deputy director within the state Division of Personnel and Labor Relations, told the AP that, since the state employee system already has the system in place to offer health benefits, allowing same-sex couples to take advantage of other benefits could seem like the logical next step:

"Same-sex partners of state employees currently can qualify to be on their insurance, provided certain requirements are met. For example, couples must certify, among other things, that they’ve been in committed, exclusive relationships for at least the past year and plan to continue that relationship indefinitely. They also must have lived together for at least a consecutive year and consider themselves to be members of each other’s immediate family."

The State Personnel Board's consideration of the issue came after attorneys, from the ACLU and others, wrote the commissioners of Corrections and Administration on behalf of one of their corrections officers. The officer had a same-sex partner who was suffering from cancer and obtaining treatment in Seattle. Unfortunately, the current rule does not include same-sex partners as "family" for the purposes of personal leave. 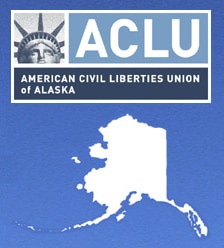 Tom Stenson, legal director for ACLU of Alaska, told the AP that many criticize members of the LGBT community for seeking "special treatment". That said:

“You don’t have to be a great humanitarian or anything to realize people need support at those times and that is what the law is there to protect. People shouldn’t have to suffer through cancer alone because they’re gay…this is such a basic human right, to be able to support somebody when they’re getting medical treatment. It’s so fundamental it’s hard for me to see what the counter argument is.”

The State Personnel Board will consider the changes during a meeting in Anchorage, which is scheduled to take place on September 19.

Previous Post: « TN School Board Removes LGBT ‘Safe Space’ Posters From Campus, Claims They Were Too ‘Sexual’
Next Post: Why is Hormone Therapy a Medical Necessity for Chelsea Manning? — VIDEO »