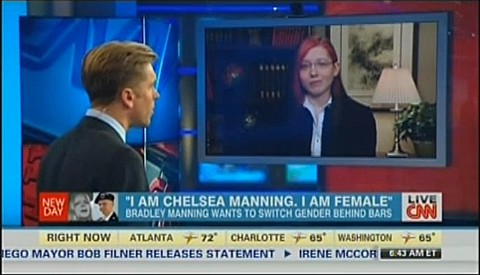 Lauren McNamara (aka Zinnia Jones), an activist and friend and former defense witness for Chelsea Manning explains why hormone therapy is a medical necessity for trans people and why Chelsea ought to be treated in prison:

Previous Post: « Alaska State Personnel Board May Change Definition Of ‘Family’ To Include Same-Sex Partners
Next Post: Lady Gaga Talks ARTPOP, Says One of the Songs is About Donatella Versace »