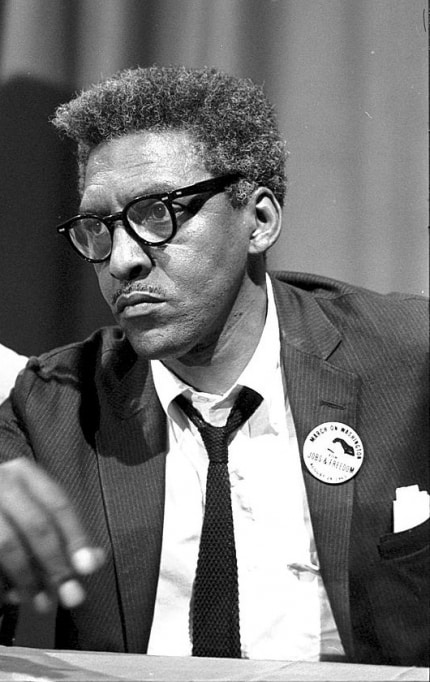 As we mark the 50th Anniversary of the 1963 March on Washington today, Labor Secretary Tom Perez writes on the White House blog that in addition to Obama's decision to posthumously award gay civil rights leader Bayard Rustin the Presidential Medal of Freedom, Perez is also going to correct a longstanding oversight: 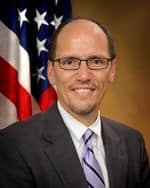 I feel compelled, as secretary of labor, to pay tribute to him as well. My very first day on the job last month, I toured our department's Hall of Honor to see the heroic Americans enshrined there – Frances Perkins, A. Philip Randolph, Cesar Chavez and others. But where was Bayard Rustin?

He was one of our most tenacious fighters for the rights of workers, for collective bargaining, for the role unions play in expanding economic opportunity. The 1963 March on Washington that he organized – the “March on Washington for Jobs and Freedom,” as we all know, was the full name – was conceived as a demonstration against economic injustice. He understood as well as anyone that these two movements – civil rights and labor rights – are inextricably intertwined and their goals essentially the same.

So, I am correcting a longstanding oversight by formally inducting Bayard Rustin into the Labor Department's Hall of Honor.

Rustin was an openly gay man during a time of fear and intolerance. There was no Human Rights Campaign. There was no Pride Month. There was no “It Gets Better” campaign featuring some of the most visible public figures in America. Nope, “it gets better” was just something you had to believe when you told it to yourself.

Previous Post: « What Would Happen if You Stopped Going Outside? — VIDEO
Next Post: Matt Damon: ‘It’s Safe to Say I Won’t Be Robin’ »