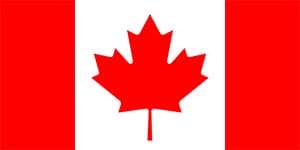 Our neighbors to the north have recently announced they will offer refuge to gay Russians suffering under the yolk of Putin's anti-gay regime. According to The Globe and Mail:

Canada’s refugee board is likely to look favourably on claims of
persecution by gay asylum-seekers from Russia, the Immigration Minister
says.

Chris Alexander said Monday in Surrey, B.C., that Russia has
taken the wrong path in restricting the fundamental rights of its gay
community, and that any refugee claims “related to this particular issue
will of course be looked at very seriously by our very generous
system.”

Rob Hughes, a lawyer representing two Russian gay men currently seeking refuge in Canada, called the Canadian government's decision "quite encouraging." And though he believes many in Russia would be interested in seeking safety in Canada, for others it might not be possible due to the financial burdens faced with coming to America: 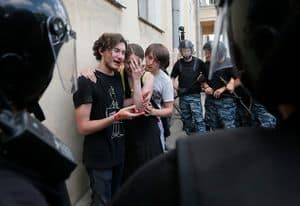 “On the other hand, because of the cost and visa requirements to get
here, I don’t think it will be floodgates,” he said. “And certainly with
my experience with LGBT refugee claimants … it’s never been like a boat
load of people coming here to Canada. It’s always singly, or possibly a
couple.”

LGBT people seeking asylum in Canada due to persecution abroad historically have applied for refugee status the same as other asylum-seekers. In fact, Canada has a history of offering safe-haven to LGBT persons who reside in states unsympathetic even hostile towards them:

The Canadian government has also recently voiced concern over the anti-gay laws in Russia. For their part, two Canadian Olympians showed their solidarity with LGBT Russians by marching in Vancouver Pride.

Though it is unclear how many people have already fled the country due to that nation's aversion to LGBT individuals,  according to The Globe and Mail, approximately 140-225 Russians arrive in Canada every year claiming refugee status. It is also uncertain at this time whether the Canadian government will now begin tracking the number of individuals seeking asylum due to their sexual orientation.