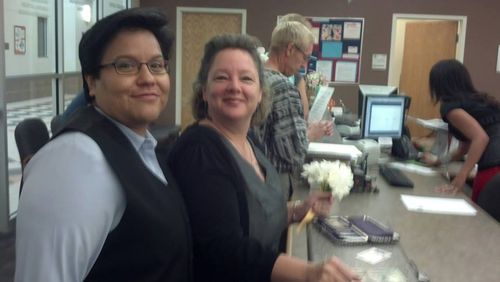 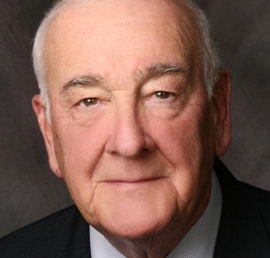 Same-sex couples in Dona Ana County New Mexico began receiving marriage licenses this morning from the county clerk who announced he was issuing them based on a widely discussed legal opinion, endorsed by the attorney general last month, that the state’s equal protection laws required the state to provide the same benefits of marriage extended to other couples.

“We couldn’t be happier for the couples in Dona Ana County – and those across the state who will soon, no doubt, make their way there – who have waited far too long for public sentiment and political courage to evolve far enough to publicly acknowledge their relationships as being just as equal as that of their neighbors,” says Patrick Davis, Executive Director of ProgressNow New Mexico, a progressive advocacy group working to advance marriage equality in the state.

Progress New Mexico also published the photo you see at top, but its subjects were not identified.

The Las Cruces Sun-News adds that Ellins has been considering issuing licenses since last June when the AG issued a paper noting that the state's ban on same-sex marriage is unconstitutional:

Last week, Ellins said, the New Mexico Supreme Court declined to issue a ruling sought by attorneys for same-gender couples seeking marriage licenses from the county clerks in Bernalillo and Santa Fe counties. Instead, the Supreme Court sent these matters back to the lower courts for an initial review on the merits.

In related news, the New Mexico Supreme Court has been asked to streamline lawsuits related to marriage equality in the state, the AP reports:

A same-sex couple from Santa Fe wants the New Mexico Supreme Court to streamline the handling of lawsuits seeking to legalize gay marriage in the state. The couple's lawyer, Rep. Brian Egolf, said Tuesday the justices are being asked to consolidate all cases involving the gay marriage issue and assign them to a district court judge in Santa Fe. The goal is to get a quick lower court decision and clear the way for an expedited ruling by the state's highest court.