In an overwhelming show of support, Mormon authors have come out of the woodwork to indicate their respect for the craft, and for one of their own, after Cedar Fort Publishing and Media canceled a contract on 'Woven,' a young adult fantasy novel written by Michael Jensen and David Powers King. As Towleroad previously reported, the book was dropped when Jensen, a gay man, refused to let the author bios go through without the sentence, "He lives in Salt Lake City with his boyfriend and their four dogs.” Jensen was told that the book would sell better with its Latter-Day Saints-affiliated distributors with an amended biography omitting the "boyfriend" reference, but the author was not pleased. Many others feel the same way. 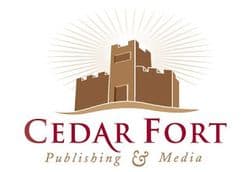 As of Saturday morning, 41 Mormon authors had signed a letter asking publishers to base decisions on "content, quality, and commercial viability, not on any other factor." Meanwhile, an Arizona-based LDS author said Cedar Fort just last week published a book of his that contains a significant gay subplot.

The letter from a contingent of Mormon authors reads, "While publishers have the right to choose what they will and will not publish, we believe books should be accepted or rejected upon the merits of their content, quality, and commercial viability, not on any other factor."

Mormon author Ryan Rapier, whose brother —Plan B Theatre Company director Jerry Rapier — is openly gay, says that Cedar Fort had no problems with a gay character in his book, "The Reluctant Blogger." In it, the gay character leaves his fiancée at the altar and acknowledges he’s gay to his friend, the protagonist. The protagonist "responds badly," Rapier says, but "at the end of the day, the protagonist comes to realize that it doesn’t matter."

These authors have defied expectations many would have set for the historically anti-gay Church of Latter-Day Saints. Even more importantly, they have exposed the flip-flopping of Cedar Fort's policies and their desire to hide behind certain supposed preferences of their partner distributors, preferences which further the homophobic narrative of the Mormon church.

While Jensen and King are still searching for a means to publish their novel, it seems certain that at least some of Jensen's words with Cedar Fort owner Lyle Mortimer (exchanged via email) will come true:

"Regardless, perhaps this situation will become a win-win for us both, as the media attention generated by your refusal to publish a biographical sentence comparable to my coauthor's is sure to bring attention to our work, as well—particularly since it will be obvious that the inequality comes from Cedar Fort, and not Deseret Book and other LDS-based book stores that already carry a number of works by gay authors."