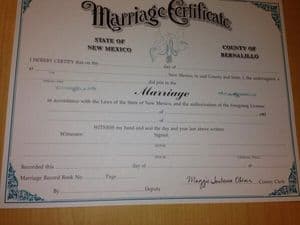 Previously, same-sex couples in Doña Ana and Santa Fe counties were granted the right to apply for marriage licenses. Now, thanks to a New Mexico judge, another county gets to join in, Bernalillo County. Furthermore, the same judge, Alan Malott, struck down a challenge to same-sex marriage licenses granted in Santa Fe county, thus opening up the possibility for other counties to follow suit.

Clerks in Santa Fe and Doña Ana counties were persistent that New Mexico law was actually worded in such a way that did not bar same-sex couples from getting married. Subsequent legal challenges argue that it does. Thankfully, Judge Malott sided with same-sex couples, saying that "gay and lesbian citizens of New Mexico have endured a long history of discrimination. Denial of the right to marry continues this unfortunate and intolerable pattern." Better yet, the judge's decision was set to take forth immediately upon its release. According to Action 7 News of Albuquerque, same-sex couples will be able to apply for marriage licenses as of 8 am tomorrow morning. Computers at the county clerk's office will need to be reset overnight. Judge Malott gave the reasoning for his immediate ruling in the opinion:

"There is no benefit to the parties or the public interest in having this matter progress through a lengthy path of litigation while basic constitutional rights are being compromised or denied on a daily basis." 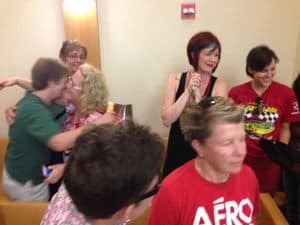 Naturally, today's ruling is drawing some harsh criticism from conservative politicians in the state. Republican state Sen. Bill Sharer said in a statement that:

"It is up the New Mexico State Legislature, with the consent of the Governor of New Mexico, to make laws and for county clerks and district court judges to abide by them. They do not make the laws. It is inexplicable how a district court just today discovered a new definition of marriage in our laws, when our marriage law has not been changed in over a century."

Someone had better tell Senator Sharer that he needs to get his facts stright, at least with that last claim, considering that marriage laws have changed, more than once, during the last century. Action 7 is currently keeping a live blog of these events, and will continue giving updates on the events of this story as they continue to come in.