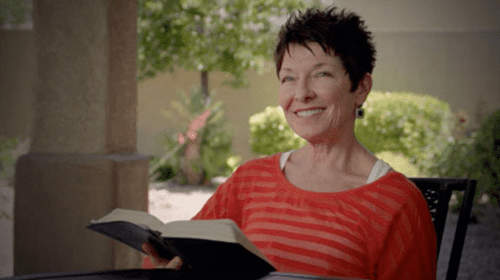 With bans on "ex-gay" therapy for minors making their way into the law books in California and New Jersey, the topic of "ex-gays" and "conversion therapy" is being revisited with renewed vigor. While bodies such as the American Psychiatric Association and the American Psychological Association dismiss conversion therapy as ineffective and potentially harmful, advocates use testimonies from "ex-gays" such as Debra Gauthier. Gauthier's story was recently featured on an episode of Pat Robertson's show The 700 Club, and perpetuates many of the myths surrounding the origins of homosexuality.

"I had bought the lie,” she said in an on-camera interview. “There was a lot of inner turmoil going on, there was something about that that is not right, it’s not natural." According to the video, it was Gauthier's abusive father who supposedly made her a lesbian. It claims that her abusive relationship with her father caused her to become "afraid of men," therefore causing her to turn to women for the love and support that she needed. After living in a lesbian relationship for many years, Gauthier then turned to Christianity to help her cope with a demotion at her job as a Las Vegas police officer. It was then that she realized that she had a "choice" about her sexuality.

"And I read that homosexuality is sin, it's not God's design, and I was in shock. I'm like, 'what? You mean I'm not born this way? I had bought the lie.  I bought that I was born that way. It was some genetic thing and this was just how I was created." 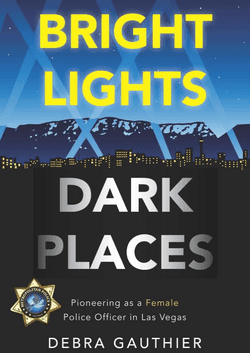 Gauthier makes no mention of Satan in her video interview. Instead, the outrageous claim comes from her book, Bright Lights, Dark Places. The book's cover claims to tell the story of the pioneer first woman on the Las Vegas police force. Unfortunately, it includes a bit of radical ex-gay propaganda. Right Wing Watch lifted an excerpt from the book, in which she claims that she made a "covenant with Satan" during a same-sex wedding ceremony, and that she dated her lesbian partner, a "practicing witch", until Gauthoer "saw the demon in her".

"Our ceremony was led by a gay male priest and a women priestess. We lit candles and performed cultic rituals, and I sensed the darkness around us. I had no idea that I had just entered into covenant with Satan and opened my life up to the demonic realm…

"In my pursuit of spirituality, I became more aware of the demonic realm and began to struggle with fear. I found myself blinded by my own darkness as I opened my soul up more and more to Satan, who masquerades as an angel of light.

"As I got deeper into spiritualism, a gift of discerning spirits was activated in me. At the time I was dating Diana, a practicing witch whom I had met at a New Age conference. Diana introduced me to demon worship and a new level of darkness. One evening as she began to seduce me, my spiritual eyes were opened, and I saw the demon in her sneering back at me. It horrified me! I jumped up, quickly got dressed, and ran out of there. This was the beginning of the blinders coming off my eyes and the exposure of the present dark kingdom of which I was very much a part."

Gauthier also claims in her book that she was aided in her ex-gay revelation by Exodus International, the now-defunct ex-gay ministry group that subsequently closed its doors and apologized to the LGBT community.

Watch Gauthier's interview with The 700 Club AFTER THE JUMP…