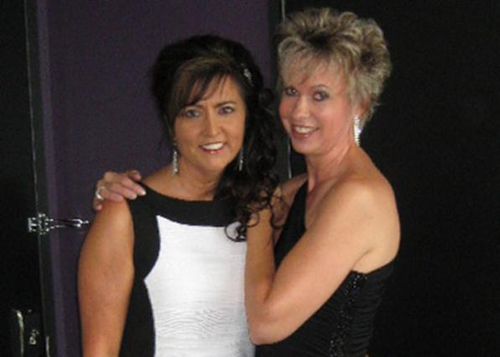 Minneapolis Police Chief Janeé Harteau (left) married Sgt. Holly Keegel, her partner of 25 years ("on and off the force") on Friday, the Star-Tribune reports:

They waited a few days to take advantage of the Aug 1 law that gave same-sex couples the right to marry in Minnesota. Chief called me first Saturday because when I interviewed her in June, I asked if they might marry. She told me they would, opening with a joke: “We’ve been together for 25 years but we’re still not sure. I couldn’t be any more married. Now we’ll just make it legal. Of course, we will.”

Keegel, who signed off on Harteau calling to giving me the scoop, had told the media-friendly chief this marriage news better not leak out ahead of time.

Harteau and Keegel told the paper that they wanted to keep the wedding private since they are so often in the public eye, and began planning it about a month ago. Mayor Rybak officiated the ceremony, which took place atop the W Hotel. 20 friends and family including their teen daughter Lauren attended.