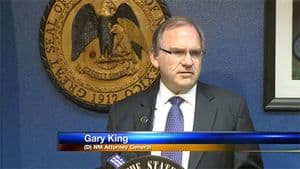 After Doña Ana County Clerk Lynn Ellins decided to start issuing marriage licenses to same-sex couples earlier today, state Attorney General Gary King told reporters that he does not plan to challenge said marriage licenses, since he believes the state's current ban on same-sex marriage to be unconstitutional. In another bit of possibly good news, King also told press that he would not challenge any other county clerk should they make the same decision, although he did warn that the licenses could be ruled invalid if the state Supreme Court deems the decision unlawful.

King's decision comes after a prior legal challenge to New Mexico's ban on same-sex marriage, another one that he has chosen not to defend. According to the Associated Press, same-sex couples in Las Cruces have already started taking advantage of the decision. "I was in a coffee shop grading dissertations when my partner sent me an email saying, `you want to get married?'" said Char Ullman, 51. "I went home to brush my teeth and headed to the courthouse." 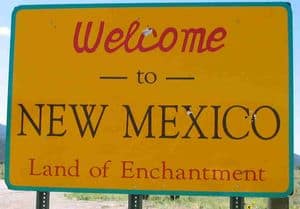 Meanwhile, the New Mexico Supreme Court has been asked to streamline and expedite all pending challenges to the state's mariage equality ban, partially thanks to Jen Roper and Angelique Neuman. Roper reportedly suffers from terminal brain cancer, and wishes to tie the knot with her partner before she passes.

At present, New Mexico's Republican Governor Susana Martinez has yet to issue a comment on today's events. You may previously remember her as the politician who was dumped by her gay hairstylist after publicly announcing her opposition to same-sex marriage.