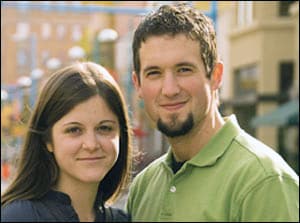 The New Mexico Supreme Court ruled earlier today that Elane Photography, LLC cannot discriminate against same-sex couples and cite religious beliefs. The case went to the courts after the company's co-founder, Elaine Huguenin, refused to photograph the commitment ceremony of Vanessa Willock, a resident of Albuquerque.

A complaint was subsequently investigated by the state Human Rights Commission, which dubbed the decision discriminatory. That decision was then upheld by the New Mexico Court of Appeals in June of 2012 before being appealed again to the state supreme court. Elane Photography argued that, because photography is an "expressive" medium, it is subject to protection under the First Amendment. The ACLU, which filed an amicus brief on behalf of Willock and her partner, argued that, because the photographs were being sold as part of a business, the company was subject to the same regulations as would a normal company." A commercial business cannot solicit customers from the general public to buy its services as a photographer for hire and then claim that taking those photographs is a form of its own autonomous expressive activity," they said on their official website.

Thankfully, the New Mexico Supreme Court agreed in their opinion:

"We conclude that a commercial photography business that offers its services to the public, thereby increasing its visibility to potential clients, is subject to the antidiscrimination provisions of the [New Mexico Human Rights Act] and must serve same-sex couples on the same basis that it serves opposite-sex couples. Therefore, when Elane Photography refused to photograph a same-sex commitment ceremony, it violated the NMHRA in the same way as if it had refused to photograph a wedding between people of different races." 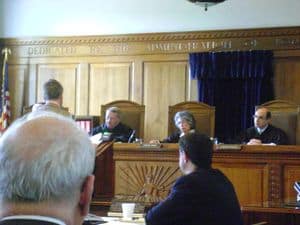 Naturally, NOM president Brian Brown was not happy about the decision, and issued several strong statements in the group's subsequent press release:

"This decision is outrageous. While simultaneously admitting that this decision will harm the Huguenins, the court uses its full power of coercion to force them to compromise their beliefs. This is not what this country was founded upon; governmental coercion has no place in the public square never mind the freedom of religion supposedly enjoyed by the Huguenins…While the court calls for compromise, they got it wrong in this case. The Huguenins should not have to compromise. Their beliefs are constitutionally protected. But the Willocks could easily have compromised by going to another photographer who would not have had such a conflict. Instead the Willocks forced the issue and used the power of the court to put the Huguenins in an impossible position – compromise their beliefs or give up their livelihood. There is nothing just about that."

Hopefully, today's decision bodes well for the same-sex marriage case that is still currently before the New Mexico Supreme Court, one that was recently consolidated and expedited thanks to marriage equality advocates. New Mexico's Attorney General has already declined to defend the case, and Doña Ana County Clerk Lynn Ellins has already started issuing marriage licenses to same-sex couples in anticipation that marriage equality will be arriving soon in the state.