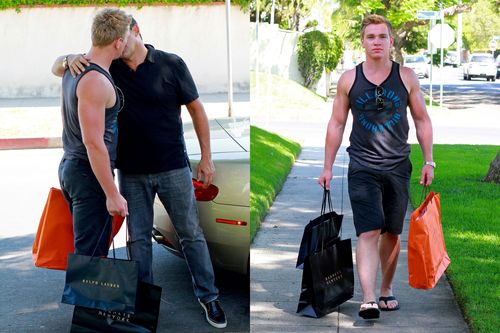 Recently, ex-Calvin-Klein-boy-toy Nick Gruber had a few interesting announcements to make, such as him being "mostly straight" but "believing in love". They're part of a new PR campaign launched by him and his new publicist, Matt Rich, to clean up and re-invent the model's image. That was, until John Luciano, another one of Nick's ex-sugar daddies, picked up the phone and called Michael Musto at Gawker. In Gruber's first interview with Musto, he denied ever dating Luciano. This statement obviously didn't sit well with Luciano, who had a few things to say about the model who previously totaled his $100,000 BMW. 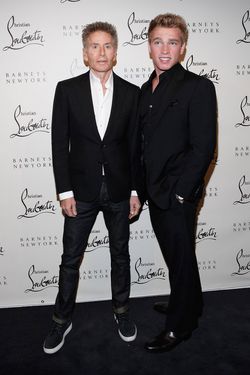 "Whatever crap Nick was smoking when he gave you that interview, I had to laugh. I had to set a couple things straight. We dated for nine months and we’re still friends. I was having lunch with him in Beverly Hills the day the article came out. …I see humor in everything because he’s such an idiot…

"I’m not sure what he’s trying to do—modeling, whatever, that’s great. But why lie?…everyone knew we were dating. Page Six came out to my family’s house and did a whole spread on it. Can I tell you the riddle about Nick? He’s straight. He had a very fucked up, abusive childhood— horrific, practically worse than a cattle dog—and most women are not going to take care of him, so he turns to the company of gay men for support, paternal love, mentoring, and all those things. At the end of the day, if he can choose between sleeping with Zac Efron and Betty White, he’s going to choose Betty White, because that’s the way he is. When he went back with Calvin, Calvin should have just let him sleep with women, and he would have been fine. He’s gay for pay, and that’s what it is."

And his opinions on Gruber's relationship with Calvin Klein?

"Calvin was in love with his body and Nick was in love with the wallet. And there’s nothing wrong with that. I date younger guys, and as long as it’s legal, it’s OK, but I don’t fool myself."