Russian Sports Minister Vitaly Mutko, who earlier this month warned that athletes would be subject to anti-gay laws, told reporters on Thursday at a press conference at a Moscow hotel for the world athletics championships that gay athletes and organizations should "be relaxed" about the country's anti-gay laws, but respect them. 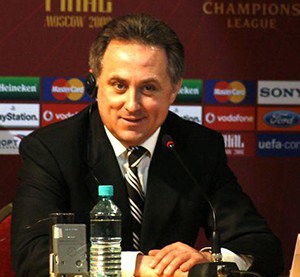 When asked how it would affect athletes competing in the championships beginning on Saturday and next year's winter Olympics in Sochi, Mutko was dismissive of any concerns.

"I want to ask you to calm down as in addition to this law we have a constitution that guarantees all citizens a private life," he told a packed news conference in a Moscow hotel. "It is not intended to deprive people of any religion, race or sexual orientation but to ban the promotion of non-traditional relations among the young generation. All the athletes and organisations should be relaxed, their rights will be protected…but of course you have to respect the laws of the country you are in."