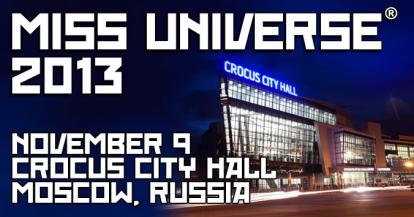 Every day, the pressure for organizations and corporations to distance themselves from Russia and its draconian, anti-gay regime seems to grow. Earlier this month, a change.org petition was created to urge the Miss Universe Organization to move their 2013 pageant competition away from Moscow due to safety concerns for LGBT contestants and fans. Today, that petition has gathered over 27,000 signatures. 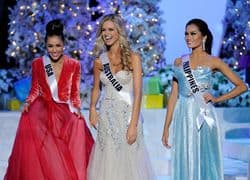 "When the Miss Universe Organization allowed transgender beauty Jenna Talackova to enter the Miss Universe Canada pageant in 2012, reversing its previous policies on the matter, it sent a strong and unequivocal message in favor of equality and of the LGBTQ community. Choosing Russia as a host country undermines this progress.

Many Miss Universe fans, myself included, identify as LGBTQ – and surely many employees of the organization are, as well. How are any of these people, who might want or will have to attend the event, supposed to travel to Russia under these new laws and feel safe, when they could (and likely will) be beaten, arrested and/or detained on the spot for being who they are? Clearly, there is more at stake here than the organization's reputation.

With this petition, we are asking the Miss Universe Organization to send a strong message in favor of equality and human rights by pulling out from hosting the 2013 Miss Universe pageant in Moscow."

Meanwhile, the Miss Universe Organization has issued a statement of its own condemning Russia's ban on "gay propaganda", stating the anti-gay law is "diametrically opposed to the core values of our company."

The Miss Universe Organization believes in equality for all individuals and is deeply concerned by the laws recently enacted in Russia and currently in place in several other countries. Both the law, as well as the violence experienced by the LGBT community in Russia, are diametrically opposed to the core values of our company. Our organization has always embodied a spirit of inclusion and is a celebration of people from all countries and walks of life.

It is our hope this year's Miss Universe contest in Moscow will help foster a common understanding and appreciation of the rights of all individuals, regardless of their nationality, race, religion or sexual orientation.

The best way to advocate for the 'rights of all individuals,' however, would be to move the pageant, regardless of any financial or logistical setbacks. No one ever said advocating for social change or human rights was easy…

To add your name to the growing petition, head over to the change.org page HERE.