Late last year, Ugandan parliamentary speaker Rebecca Kadaga, promised to swiftly pass the "kill the gays" bill as a "Christmas gift" to Ugandans. As you know, it (thankfully) never happened. Pink News reports that Marvin Kibuuka, one of the country's gay rights advocates, claims to know the reason: loss of aid to Uganda. 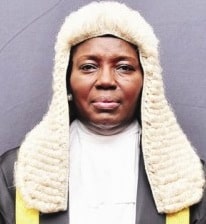 Some within Uganda’s government who are concerned the bill poses a threat to international aid donations. Mr Kibuuka said: ”When the speaker, Rebecca Kadaga, went to Canada in October 2012 and came back to Uganda everybody thought she was going to pass the bill at the time, but at the same time the government was trying to draft the budget for the forthcoming year. Mr Kibuuka added: ”the government didn’t want to lose out.”

But he also warned that the majority of people in Uganda want the bill to pass regardless and don’t care about the threat of losing international aid.

Uganda’s President Yoweri Museveni appears reluctant to sign the bill into law over concerns about aid implications, yet Mr Kibuuka believes he supports the spirit of the legislation.

He said: “Uganda gets a lot of money from America to have troops stationed in Somalia and Mr Museveni doesn’t want to lose that money but at the same time there is an election coming up and he gets a lot of support over the issue. There’s a lot in balance and he’s having to measure these things up.”