David Powers King and Michael Jensen collaborated to co-author a young adult book titled Woven, and sought out Cedar Fort Publishing & Media to publish their book. Preliminary reviews were good and Cedar Fort expected it to be a major seller once it was released on October 13th. On August 2nd, Mr. Jensen received a proof for Woven's final cover and noticed that his bio was incomplete. Specifically, the line "He lives in Salt Lake City with his boyfriend and their four dogs,” had been removed. 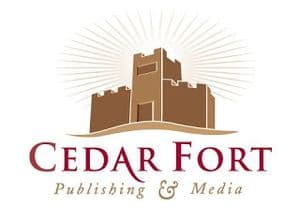 When Jensen reached out to Cedar Fort, the situation devolved rapidly. He was explicitly told that any mention of his boyfriend, even with the gender-neutral "partner," was forbidden as Fort Cedar did not want to damage their relationship with LDS-church–affiliated Deseret Book and Seagull.

Jensen was told he could call the owner of Cedar Fort, Lyle Mortimer, and take it up with him. During the phone conversation, Mortimer allegedly began throwing accusations of Jensen trying to destroy families with his 'agenda' and told him that God gave him a penis for a reason, eventually threatening to publish the book without either author's name or bio and that they would have to buy the rights back if they didn't want that to happen.

Cedar Fort has now canceled the publication of Woven and returned the rights to Jensen and King, who are presently trying to find another way to publish their book.

A transcript of the email conversation between Angie Workman, Michael Jensen, and Lyle Mortimer can be read AFTER THE JUMP…

Here's the full cover. The designer thought it would look better if the map were colored to match the cover. Let me know what you think.

We'll be leaving in the BW map because the colored map will have a crease in it from it carrying over onto both pages.

Wow, Angie! It looks fantastic! Thank you so much for all your hard work on our behalf. The only problem I see is that is not my current bio–I sent Melissa an updated one on Monday. Can we please get that updated? Otherwise, I think everything is perfect!

I was concerned about your bio and wonderedwhat effect it would have with our LDS buyers, so Ispoke with Lyle about it. He says we can't riskruining our relationship with them by stating youlive with your boyfriend, so we need to cut thatpart out. We will have much better sales if we canget into Deseret Book and Seagull, so that's whatwe need to focus on. I hope you can understandour objective with this.

Okay we can change boyfriend to partner since thatwas there in the original bio.

MICHAEL R. JENSEN spent ten years developingthe concept behind Woven before he met DavidPowers King—who expanded on Michael’s visionand made it a reality. A graduate of Brigham YoungUniversity’s prestigious music, dance, and theaterprogram, Michael taught voice at BYU beforeestablishing his own vocal instruction studio. Inaddition to being an imaginative storyteller,Michael is an accomplished composer and vocalist.He lives in Salt Lake City with his partner and theirfour dogs.

I noticed that when you first sent in your bio and asked them todelete that. It must've slipped through somehow. We'll need totake that out as well. Sorry.

You do not have permission to remove that. I'm sorry but you donot get to make those changes.

Lyle said you can call him if you have a problem with this.

The only biographical information ("bio") I authorize for publication is below—in itsentirety.

MICHAEL R. JENSEN spent ten years developing the concept
behind Woven before he met David Powers King—who expanded on Michael’svision and made it a reality. A graduate of Brigham Young University’sprestigious music, dance, and theater program, Michael taught voice at BYUbefore establishing his own vocal instruction studio. In addition to being animaginative storyteller, Michael is an accomplished composer and vocalist. Helives in Salt Lake City with his partner and their four dogs.

I do not authorize any alterations to this bio; nor do I authorize the bio's deletion from thework.

Further, per the publishing agreement ("agreement") entered into on January 15, 2013, Irequest that my name be properly attributed on the work's cover as one of two equalauthors. I also request that my name be included equally with my coauthor in anypublicity and collateral materials associated with the work.

Removing my authorship from the work, or from promotions associated with the work, isin violation of section 8 of the agreement, as it would be injurious and detrimental to myownership or rights in the work.

Sorry to hear this Michael.

If you would like to buy us out, you have until 8:00 a.m., Monday morning, August 5, to do so atthe figure I stated verbally. Otherwise, we are going ahead without bios.

David and I are unable to seriously consider financial or business options that hinge on a vague reference to a"figure [you] stated verbally."

Further, your wholly inappropriate reference to my genitalia during the conversation this morning (amongst anumber of additional inappropriate, unethical, inflammatory, and offensive comments) is disturbing, to say theleast, and I am grateful for the "call record" function of my iPhone, should you choose to speak to me in thatway again in the future.

Printing the work without the author biographies (which were included as interior book page 375 in the "authorproof" of the manuscript sent to us by Melissa Caldwell on July 11) would be a substantive change undertakenwithout the approval of the copyright holders. If you would like to request a change to the manuscript undersection 6 of our publishing agreement, please submit the requested change in writing and we will respond to thechange request within the 15 days outlined in the agreement. Otherwise, we expect our author-approved bioswill be included in the publication of Woven, as our documented exchanges with Cedar Fort staff have indicatedall along. My bio has made reference to my partner throughout my interaction with Cedar Fort—including inthe above-referenced proof from Melissa, and in the cover draft Angie Workman sent for approval justyesterday—and, frankly, someone at Cedar Fort should have mentioned this as a problem for you long beforetoday.

Regardless, perhaps this situation will become a win-win for us both, as the media attention generated by yourrefusal to publish a biographical sentence comparable to my coauthor's is sure to bring attention to our work, aswell—particularly since it will be obvious that the inequality comes from Cedar Fort, and not Deseret Book andother LDS-based book stores that already carry a number of works by gay authors.

In that vein, I would imagine that major national retailers, like Barnes & Noble and Amazon.com, mighthesitate to continue dealing with a publisher whose practices are so egregiously incongruous with their ownadopted corporate philosophies on the subject of gay equality (I'm sure you're aware that last year Jeff Bezospersonally donated $2.5 million dollars in support of same-sex marriage in Washington state).

I am very sorry that one sentence (really, one word) has caused such a disagreement between us. I hope thatWoven is successful on its merits as a quality, imaginative YA work, and not just because it is known for CedarFort's unfortunate and discriminatory choice. If you didn't want to print the innocuous bio of an author whohappens to have a same-sex partner, you shouldn't have signed an author who happens to have a same-sexpartner.