The Colville Tribes this week became the fourth Native American tribe to recognize same-sex marriage. They are located in northeast Washington state, and voted for its recognition on Thursday. 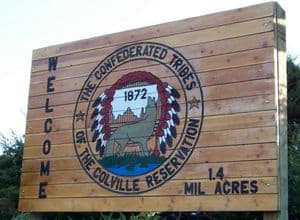 Council Chairman Michael Finley said tribes have always known that gay people — who they call Two-Spirited Peoples — have a special place in their society.

Finley said tribal culture has long recognized that some people are born a certain gender, and are drawn to people of the same gender. “They’ve always been accepted,” he said. Now, tribal law will also treat them equally and with respect, he said.

He said there were no objections to the amendment recognizing gay marriage when the final council vote was taken, but not all 14 council members were present.

The provision affects over 9,360 members who are descendants of 12 different tribes and are members of the Confederated Tribes of the Colvile Reservation.

Same-sex marriage is also legal within the Little Traverse Bay Bands of Odawa in Michigan, the Suquamish tribe in Washington state, and the Coquille tribe in Oregon.

Previous Post: « Join Us LIVE This Thursday for an ‘ENDA Situation Room’
Next Post: A$AP Rocky Apologizes to Jason Collins for Appearing Homophobic at the MTV VMAs: VIDEO »