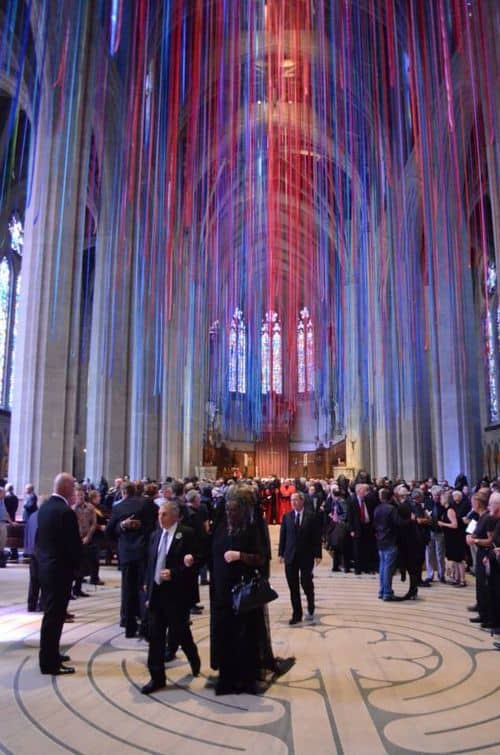 José Sarria, a pioneering activist and drag queen who founded the Imperial Court system and was the first openly gay political candidate in the U.S. in 1961 (though lost his race for the SF Board of Supervisors), died in August but was given a dignified, elaborate, royal drag funeral in San Francisco on Friday. Mourners were given instructions, the HuffPost reports: 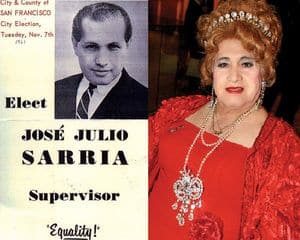 Following the Grace Cathedral service, no fewer than 10 limousines and six buses will bring mourners to Colma's Woodlawn Cemetery for "a sensational and inspirational graveside ceremony" where Sarria will be laid to rest with full military honors, a band concert and a song from drag performer Donna Sachet.

The funeral combined all the pomp of the Episcopal Church with the flamboyance of gay life. The Right Rev. Mark Handley Andrus, bishop of the Episcopal Diocese of California, presided. Two empresses and two public officials were among those who gave eulogies.

Sarria was hailed as a colorful pioneer in many guises, and also as a great man.

State Sen. Mark Leno, D-San Francisco, compared him to Rosa Parks, a heroine of the civil rights movement in the 196os. Sarria, he said, had a passion and a mission: "He stood for justice. He said, 'There is nothing wrong with being gay, the crime is being caught.' "

Sarria's funeral – attended by civic dignitaries and persons dressed in the black lace of widows, and held in the Nob Hill cathedral that represents the very pinnacle of the San Francisco establishment – was a milestone in the long road to recognition by the gay community.

SF Gate has a full gallery. 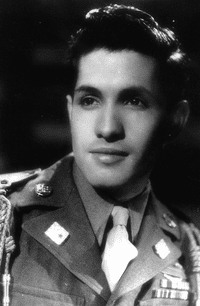 Sarria died on Aug. 19 at his home in Albuquerque, N.M. He was 90. Sarria was born on Dec. 22, 1922 in San Francisco, the son of Julio Sarria of San Francisco and Maria Delores Maldonado, who came from Colombia. He graduated from Commerce High School in San Francisco. He then enlisted in the Army during World War II, and was discharged in 1945 at the rank of Staff Sergeant.

After the war, Sarria became one of the most famous drag queens of the 1950s and 1960s, often dressing up as an opera diva at the inclusive Black Cat Bar and entertaining the patrons. In those days, it was illegal to be gay, and San Francisco police would frequently raid the Black Cat and other bars to hunt down homosexuals. He was arrested many times.

Sarria would be the founder of the Imperial Court system, and in 1965 he declared himself Empress Jose I, The Widow Norton after winning a drag queen competition. The Imperial Court would spread across North America, and would become noted for raising millions of dollars for charities.

Here's another gallery of photos from SFist.