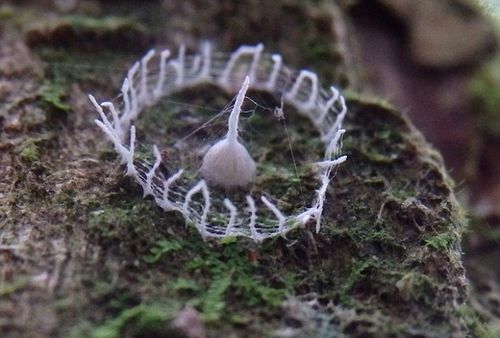 There's something fun about scientists being completely stumped–it's a little reminder that, despite everything we humans have figured out about our world, the Earth is far more diverse and mysterious than we can imagine.  One such enigma has cropped up this week in South America, as WIRED explains:

Something in the Peruvian Amazon is making weird, intricate structures that resemble white picket fences surrounding an Isengard-like spire.

No one has any idea who the mysterious craftsbug (fungus? spider?) is, or what the structure is even used for, excepting the fence part, which almost makes sense. Nobody, not even the scientists. We asked.

Troy Alexander, a graduate student at Georgia Tech, spotted the first of these structures on June 7. The little, seemingly woven fence was parked on the underside of a blue tarp near the Tambopata Research Center, in southeastern Peru. He later spotted three more of the bizarre enclosures on tree trunks in the jungle.

Photos of the mysterious structures were first posted to Reddit's "What's this bug?" section 10 days ago, and biologist Phil Torres, who works in the Tambopata area, tweeted a link to the photos last week.

WIRED reached out to a smattering of scientists to ask for hypotheses about the structures' origins and got back…well, not many answers:

“I have no idea what made it, or even what it is,” said William Eberhard, an entomologist with the Smithsonian Tropical Research Institute.

“I’ve seen the photo, but have no idea what animal might be responsible,” echoed Norm Platnick, curator emeritus of spiders at the American Museum of Natural History.

“I don’t know what it is,” said arachnologist Linda Rayor, of Cornell University. “My guess is something like a lacewing, but I don’t really know.”

Towleroad scientists–anyone have a theory as to what these tiny towers might be?

Check out some more photos of the formations, AFTER THE JUMP… 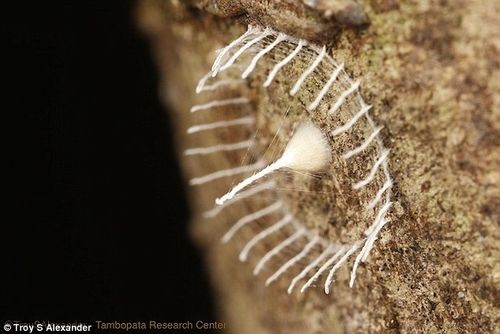 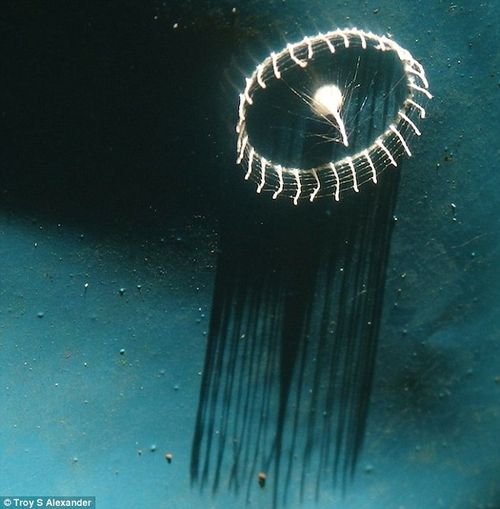