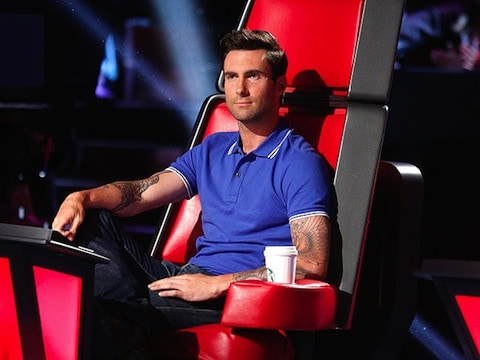 — Christina Aguilera and Cee Lo Green return alongside Adam Levine and Blake Shelton for the fifth season of The Voice, tonight at 8 p.m. Eastern on NBC.

More picks and previews, AFTER THE JUMP…

— One of fall’s most promising new shows, The Blacklist, starring James Spader, premieres tonight at 10 p.m. Eastern on NBC. If you prefer your thrillers with more of a political edge, Toni Collette and Dylan McDermott star in the tense new show Hostages, premiering on CBS, also at 10 p.m. Eastern.

— Take a trip back to the ‘80s with The Goldbergs, a sitcom focusing on the titular family, headed by overprotective mother, Beverly (Wendi McLendon-Covey), and gruff dad, Murray (Jeff Garlin). It premieres Tuesday at 9 p.m. Eastern on ABC.

— Will Cam and Mitch tie the knot this season on Modern Family? Find out when it returns Wednesday at 9 p.m. Eastern on ABC.

— You'll want to be glued to Showtime on Sunday as Homeland returns at 9 p.m. Eastern, and the buzzy Masters of Sex, starring Michael Sheen and Lizzy Caplan, makes it debut at 10 p.m. Eastern.