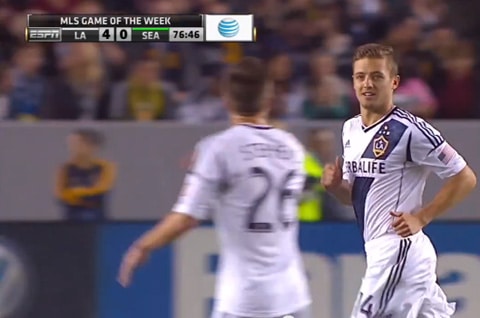 Young gay footballers (as soccer players outside of Canada and the U.S. are called) are more likely to be well-received by their teammates than they were a decade ago, suggests a new study by the universities of Kent and Winchester in the U.K.

The study involved 22 heterosexual Premier League players (between the ages of 16–18) from working-class backgrounds. All of the participants said they would accept a gay teammate.

From the University of Kent:

The study results showed a marked difference in acceptance of gay teammates compared to the findings of the last such study, carried out a decade ago.

Dr Roberts said: ‘The interview results were broadly consistent with other recent research on young British men of their age in that these men showed no overt animosity towards gay men.

‘In fact, they were more than tolerant and showed an inclusive attitude toward the hypothetical situation of having a gay teammate, best friend or roommate reveal their sexuality. The results are clear: among the 22 future footballers we interviewed, all were unbothered by the issue of gays in sport.

‘This indicated a marked shift in perception from the last study. Although there was some evidence then that attitudes were changing, there has been a generational shift over the last decade. Lads now are saying “we would openly support and accept one of our colleagues coming out”.’

Another of the study's authors, Professor Eric Anderson, found in another study in 2002 "that gay male athletes were tolerated by teammates, ‘as long as they played the sport well’. However, there were no findings of active ‘support’."

He went on to say that "Recent comments by Robbie Rogers, the former Leeds United footballer who came out but then left the English game to return to play in the US, suggested he didn’t know how easy it would have been to make the transition. However, our research does suggest that attitudes in the locker room among young British players would lay the foundation for a player to be able to come out."