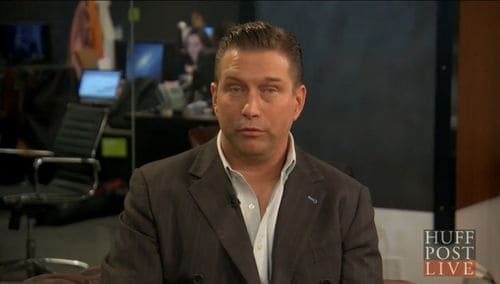 The somewhat less famous Baldwin brother, Stephen, is set to speak at a conference called "Rising from the Ashes," which touts "freedom from homosexuality through Jesus Christ." Mr. Baldwin, an evangelical Christian who previously found himself in hot water after expressing support for right-winger and former actor Kirk Cameron, claimed that his involvement in the conference is not necessarily about gay conversion. He is, after all, good friends with Rosie O'Donnell.

"I wouldn't say that my message is, 'You can pray the gay away,'" Baldwin said. "Literally, some of my best friends in the world are gay, and they know I'm evangelical and I know they're gay, and we love each other and respect each other in that way."

Has Stephen cooled down since his Howard Stern condemnations of gay marriage? I'd suspect the answer is no.

Watch him open up about faith and homosexuality, AFTER THE JUMP…