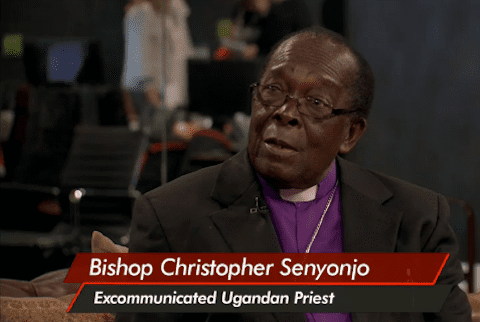 Ugandan Anglican bishop Christopher Senyonjo has taken a stand against his country's culture of homophobia. As a result, he was excommunicated.

I think the missionaries have been trying to preach the gospel. But they way they've been preaching one wonders if it is really good news, because "gospel" means "good news", but when you tell people that if you don't change being what you are you are going to destroy, maybe, the country like Sodom and Gomorrah was destroyed you cause a lot of hatred. And there's a lot of this going on.

The interview can be seen AFTER THE JUMP…