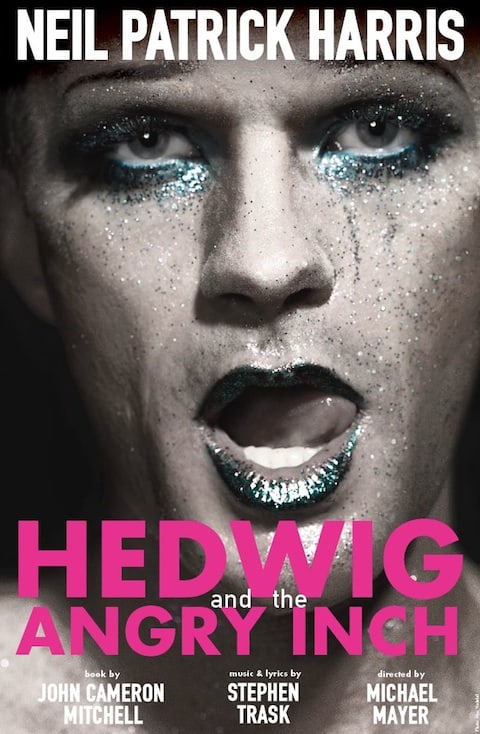 Neil Patrick Harris is coming to Broadway in April in John Cameron Mitchell's musical about a rock and roll band fronted by a trans singer, Hedwig and the Angry Inch, and producers released the first image of NPH in character today.

Said Harris in June: "I am simultaneously ecstatic and terrified to be stepping into Hedwig's heels. It is truly a once-in-a-lifetime role and I can't wait to begin the journey."