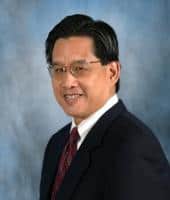 Attorney General David Louie said Tuesday the Legislature unquestionably has the constitutional authority to consider and enact a bill to be considered during a special session later this month.

Louie's opinion comes in the form of a letter to state Sen. Les Ihara, a Democrat and majority policy leader. Louie says Ihara had questions about the law and criticisms from opponents who say it can't be passed without changing the state's charter document.

Hawaii Governor Neil Abercrombie has said it's 'very likely' that he'll call a special session of the legislature to pass a marriage equality bill.