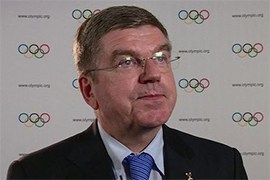 Responding to over 78,000 members from LGBT rights advocacy group All Out who called for a clarification as to whether the Olympic Charter specifically bans discrimination based on sexual orientation, International Olympic Committee President Thomas Bach sent a letter to All Out Co-Founder and Executive Director Andre Banks attempting to allay any concerns over gay rights at Sochi or any future Olympic Games.

In the letter, Bach insists that "the IOC will do everything it can to ensure that the Olympic Games in Sochi as well as any future Games’ edition will be free of any form of discrimination." He again reiterates that the IOC has received "assurances" from the highest levels of Russian government that the Russian state will adhere to the Olympic Charter's "fundamental principles," including Principle 6 which states, "Any form of discrimination with regard to a country or a person on grounds of race, religion, politics, gender or otherwise is incompatible with belonging to the Olympic Movement." While many, including Sir Ian McKellan, would argue that this prohibition of discrimination should naturally include discrimination based on sexual orientation, the IOC is unwilling to comment. Furthermore, Bach's letter has done little to assuage Banks' fears and perhaps those of the thousands of others who have called, emailed, and tweeted the IOC expressing their concern for the rights of LGBT individuals. The Montreal Gazette reports:

Any form of discrimination with regard to a country or a person on grounds of race, religion, politics, gender or otherwise is incompatible with belonging to the Olympic Movement.” – See more at: http://blogs.montrealgazette.com/2013/10/07/lgbt-issues-ioc-president-refuses-to-explicitly-affirm-that-lgbt-included-in-olympic-charter-all-out-says/#sthash.dI5rw8LB.dpuf 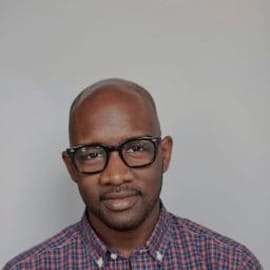 "Bach has refused – again – to explicitly recognize gays and lesbians as a protected group under Olympic Principle 6, which prohibits discrimination. It’s 2013 and the IOC still can’t say “gay” – that tells the world that being lesbian or gay is something to hide or keep locked in the closet,” said Andre Banks (pictured right).

"Bach should encourage Olympians in Sochi to speak out against discrimination faced by gay athletes and citizens in Russia – because that’s what the Olympic charter says is right. But the IOC is bending its own rules to obscure the obvious conflict with unjust Russian laws, which seek to silence discussion of gay people" […]

"To most people the Olympic Movement means something much bigger than the technicalities and bureaucracies of the IOC and National Olympic Committees. Host countries like Russia should not be able to dictate who is and is not a part of this inspiring and global movement or pick and choose the values it cares about.

"With the IOC too afraid to speak out, it now falls to us, as concerned global citizens and Olympic spectators, to encourage national Olympic committees, athletes, and sponsors to take up the mantle of Principle 6 in the face of Russia’s anti-gay crackdown.”

You'll recall the United States Olympic Committee (USOC) last week came out in favor of an amendment to the Olympic Charter that would specifically protect against discrimination based on sexual orientation should such an amendment ever be put to a vote by the IOC.

You can read Bach's full letter AFTER THE JUMP…

IOC President Responds to Allout by All Out

Previous Post: « WATCH Episode 3 Of ‘Whatever This Is’ From The Creator Of ‘The Outs’ – VIDEO
Next Post: Body Found In Canal Of Manchester, UK’s Gay Village »