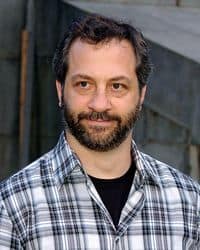 The controversy stems from Christie's announcement to appeal a court ruling that ordered the state to allow gay couples to marry.

"Thanks to @bodybyjake & @CoCaColaCo. Together we will make a real difference for many kids in New Jersey."

"@GovChristie just not gay kids. You are working hard to make sure they have no rights. Despicable. Catch up already. You look ridiculous."

"@GovChristie lots of politicians have announced that their positions have evolved. Maybe you don't want to be the last person to get it." 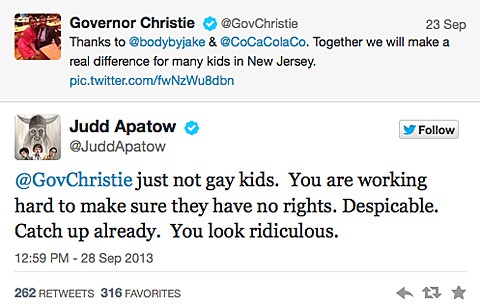 Christie maintains that the only way he'll support same-sex marriage in the state is through a ballot referendum. In 2012 he vetoed a bill passed in the house and senate that would have legalized same-sex marriage.