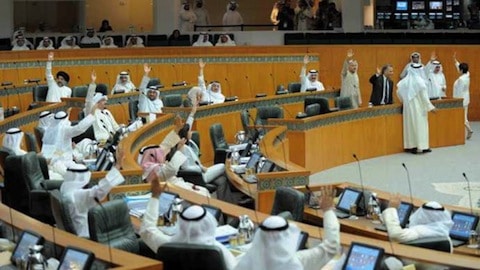 Amidst growing concerns over a Kuwaiti official's recent comments that Kuwait "will take stricter measures that will help us detect gays who will be
then barred from entering Kuwait or any of the GCC [Gulf Cooperation Council] member states,” and a subsequent call for a boycott of the 2022 FIFA World Cup in Qatar (a GCC member state) in response to this latest anti-gay regulation, the author over at the blog "a paper bird" has argued this anti-gay law is actually focused more on combating migrant labor and enforcing established "gender norms." Among other observations, the author suggests that, due to mistranslations among other things, what Kuwaiti medical officials will be screening for in the workers it would apply to is not evidence of gay sex, but rather determining what a person's biological gender is and if he or she is adhering to the societal norms associated with that gender:

While police abuse of transgender-identified women has been especially violent and brutal, [my colleague Rasha Moumneh] stresses that the law does not just single out a “transgender” identity, much less “gay” sex, but rather targets anybody who doesn’t follow gender norms. It’s easiest for police to pick out biological men who are overtly wearing women’s clothing – but all men seen as effeminate, or women seen as butch, are potential victims.

The whole piece is worth reading and helps paint the larger picture about this proposal, including how it would affect everyone hoping to be employed in the region, including LGBT people.