Yesterday, Lambda Legal filed an appeal in the Iowa Supreme Court over the conviction of Nick Rhoades, an HIV-positive Iowan who was initially sentenced to 25 years in prison and required to register as a sex offender based on a one-time sexual encounter with another man during which they used a condom, said the organization via press release. 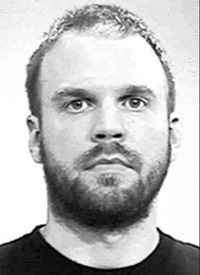 In June 2008, Rhoades had a one-time sexual encounter with Adam Plendl during which they used a condom. Several days later, Plendl was told by a friend that Rhoades might be HIV-positive.The police were contacted, and Mr. Plendl cooperated fully in the prosecution of Mr. Rhoades. The police arrested Rhoades in September 2008, and on the advice of his counsel, he pled guilty. Despite the fact that a condom was used and Mr. Plendl did not contract HIV, Rhoades was convicted under Iowa's HIV criminalization law. He received the maximum sentence: 25 years in prison and classification as the most serious type of sex offender. Subsequently, the court suspended his prison sentence, and he was placed on supervised probation for five years. On March 15, 2010, Rhoades filed an Application for Post-Conviction Relief, arguing that the attorney who advised him to plead guilty had failed to inform him of the specifics of the statute, resulting in his conviction for a crime he did not in fact commit. In December 2011, the district court denied the application, and Lambda Legal began representing Rhoades on appeal. Oral argument were presented to the Iowa Court of Appeals in early September (2013), and on October 2, a three-judge panel affirmed Rhoades's conviction.

Thirty-nine states have HIV-specific criminal statutes or have brought HIV-related criminal charges resulting in more than 160 prosecutions in the United States in the past four years. Among other things, HIV criminalization perpetuates the many myths and misconceptions that fuel other types of discrimination against people living with HIV. It sends an inaccurate message regarding prevention responsibility, creates a disincentive to getting tested, and may actually discourage disclosure of HIV status.

Added Scott Schoettes, HIV Project Director for Lambda Legal: "We're
asking the Iowa Supreme Court to review this case because the facts here
don't add up to a conviction. The Court of Appeals' decision was based
on a misinterpretation of the plain language of the statute, and we look
forward to presenting the case to the state's supreme court. A person
who uses a condom and engages in safe sex, as Nick did, does not have
the intent required to support a conviction under Iowa's law addressing
exposure to HIV."