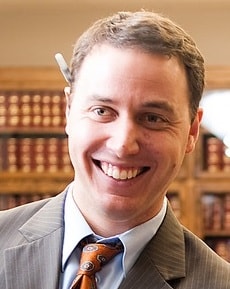 Cooper has said that he will continue to fight challenges to the state's ban on same-sex marriage despite his personal views.

“I will let each couple know that it is my hope to grant them a license, but I need to seek the North Carolina Attorney General’s approval,” Reisinger said in a release. “I have concerns about whether we are violating people’s civil rights based on this summer’s Supreme Court decision.”

Reisinger will accept the license applications but withhold his own signature pending an opinion from state Attorney General Roy Cooper.

Reisinger added, “I will then let the Attorney General know that I would like to issue these couples licenses, but that I need his clarification on the laws of the state that seem to contradict the equal protection clause of the U.S. Constitution.”

Cooper’s office issued a brief statement Monday night in response to Reisinger’s announcement, pointing out that the state constitution prohibits anyone from issuing licenses to same sex couples.

“The State Constitution says that these marriage licenses cannot be issued and this is the law unless the Constitution is changed or the court says otherwise,” said Noelle Talley, a spokeswoman for Cooper’s office. “This very issue is the subject of pending litigation against the State of North Carolina.”

At least six gay couples will apply for licenses tomorrow at Reisinger's office, according to the Campaign for Southern Equality.

Two years ago this week, 18 gay couples pursued marriage licenses at the Buncombe County Register of Deeds Offices and were denied. Check out those efforts HERE.