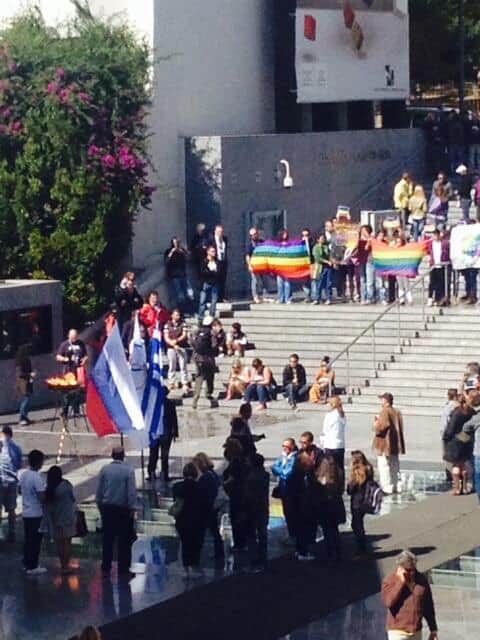 On Saturday, a throng of people gathered to protest Russia's anti-gay propaganda laws as the Olympic flame made its way through Athens, Greece. The protest was reportedly peaceful.

The activists sat on the steps of the Acropolis Museum, with some holding rainbow flags, while others held a banner reading "Homophobia is not in the Olympic Spirit" and "Love is not Propaganda."

Police presence was light and there were no incidents.

This protest could precede an arduous journey for the flame. Where else will it be met with outcry about Russia's recent legislation?

Previous Post: « Poll: Two-Thirds of U.S. Catholics Agree that the Church Focuses Too Much on Homosexuality
Next Post: Gay Marine in Viral Homecoming Photo Marries »