The New York Times reports that Stephen Sondheim is working with director John Tiffany on a new production of his 70's musical Company that would be centered around a gay man: 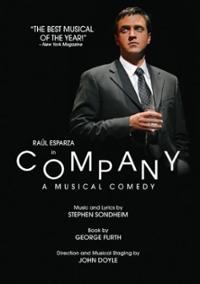 For years Mr. Sondheim and the musical’s book writer, George Furth, who died in 2008, batted back suggestions that Bobby was furtively intended to be a closeted gay man. But when Mr. Tiffany proposed actually making Bobby gay, Mr. Sondheim said in a telephone interview on Tuesday, the idea intrigued him.

The Roundabout is holding a performance for a private audience on Friday starring Daniel Evans as Bobby. Bobby Steggert and Michael Urie are in the cast. A decision on whether to move forward with the production will be made soon thereafter.