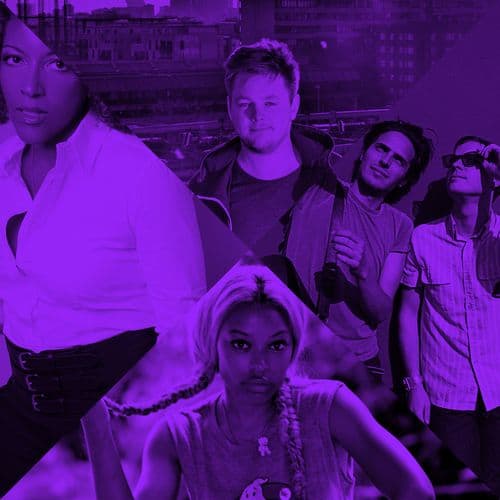 When Azealia Banks released her 1991 EP and Fantasea Mixtape last year, I was compelled by the marriage of her rap and R&B vocals along with classic house backing and production. She sadly moved away from the style that made her widely known and became focused more on social media rants rather than her music. Meanwhile, in the same spirit of Azealia's house/rap collusions we enjoyed so much, Belgian producer A.N.D.Y. teamed up with rising MC Nyemiah Supreme to release the epic track 'Pump It Up' last November. The stellar track is now finally seeing remixes almost a year later. Though the original is certainly dancefloor appropriate, Daryl brings in a more underground club feel to the track, giving it a whole new life a year after its original release.

London-based producer Blende, a.k.a. Johan Blende, released his new track 'Rikki,' a song about falling in love with a robot that was co-written with Sam Harris of X Ambassadors. Blende's self-professed love for indie, techno, French house and deep house music (and everything in between) influences his production work — the result of which is a mix of lush disco, electro and house sounds that feel as classic as they do new. Blende's labelmates from Eskimo Records, the Dutch group Majestique, add an upbeat, electro feel to this track with this reinterpretation of the original work.

The Magician: 'When The Night Is Over ft. Newtimers (Ejeca Remix)'

For those who follow these column regularly, it's not surprising that I chose a track by The Magician, an artist whose work we feature often, or that I picked a remix by another frequently-featured producer, Ejeca. The marriage of these two artists however is a first, and the result is a club banger that combines elements of The Magician's nu-disco sound and Ejeca's classic 90s house beats. To say that I'm obsessed with this track would be an understatement, so I suggest you drop everything you're doing right now, put on your headphones, and enjoy.

Joi Cardwell is a name that might be familiar to some house music lovers.  The NYC-bred vocalist has penned a number of songs that have been remixed by the likes of Frankie Knuckles, Masters at Work, and Blaze.  Her soulful crooning melds perfectly with the outwardly instrumental nature of deep house music, which has made her a recognizable name in the gay community — besides being openly gay herself, of course. Dutch production trio Kraak & Smaak have created this collaboration with Joi for their album Chrome Waves, which debuts on October 28th.  (The first two singles from this album were featured here on Towleroad previously). The original track is a bit more electro and synth-heavy in its nature, so the group has made a dramatic disco remix available for free to celebrate the release of their new album.

Sydney-based group Panama has just released their three-song Always EP, which builds off of the nostalgic, part rock/part house sound they've created.  The first track, 'Always', is a beautiful, somber piano-laden song in its original form. L.A. producers Classixx, who can really do no wrong, add some spice to the song with an uplifting beat, a funky bass line and cheery guitar riffs. The sum of this all is an upbeat song that feels like it belongs on a cross country roadtrip playlist, in the best possible way.

We are back for round two of our semi-regular party at one of NYC's most iconic spaces, Le Bain at The Standard High Line. This time we are featuring two openly gay DJs we admire very much, Mike Servito from The Bunker and Sean Be from Spank, who are both allies of OXD in our mission to bring great house and disco music to gay audiences. Le Bain and The Standard have been extremely supportive of our community and they recently posted a really fun interview with us about gay nightlife in NYC. Check out more information about the party on our site, and we encourage those in NYC to join us tomorrow for a night of great music and some serious dancing.