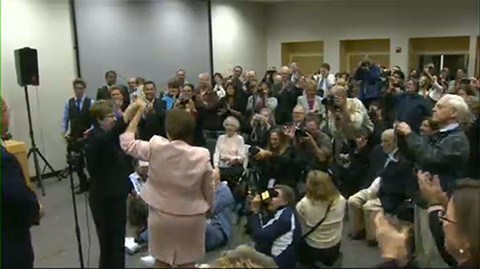 As previously reported, just after midnight EST tonight, same-sex couples will be able to get married in the Garden State.

Newark Mayor and Senator-elect Cory Booker will be joining in on the action and officiating tonight as seven couples say, "I do" in Newark.

You can watch live coverage of one of the first ceremonies taking place in Lambertville, New Jersey HERE.

Also of note was Senator-elect Booker's response to a question he received on Twitter regarding his advocacy for LGBT rights: "It shouldn't matter either way. RT @MrsCommodore @chrisjohnson82 So are you gay, Cory? Curious."

Tonight will be the first time Booker has officiated a wedding while holding public office. NewJersey.com points out, "Since taking office in 2006, Mayor Booker has refused all requests to
officiate New Jersey marriages because gay and lesbian couples have been
denied that equal right," city spokesman James Allen said in a
statement."

UPDATE: Joanne Schailey and Beth Asaro were married just after midnight tonight, becoming one of the first couples to marry in New Jersey. Congratulations to the happy couple!

You can watch a news report from earlier today on the events leading up to the couple's nuptials HERE. 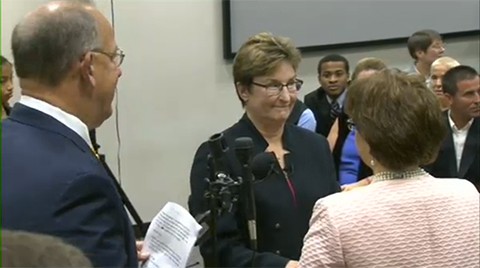