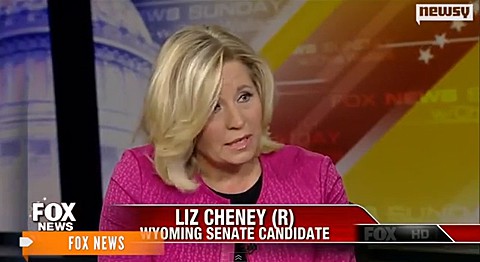 Mary Cheney and her wife Heather Poe lashed out at Wyoming Senate candidate Liz Cheney after an appearance on Fox News Sunday in which she asserted her belief in "traditional marriage." 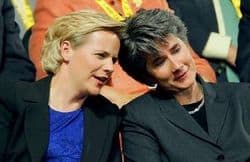 I was watching my sister-in-law on Fox News Sunday (yes Liz, in fifteen states and the District of Columbia you are my sister-in-law) and was very disappointed to hear her say "I do believe in the traditional definition of marriage."Liz has been a guest in our home, has spent time and shared holidays with our children, and when Mary and I got married in 2012 – she didn't hesitate to tell us how happy she was for us.

I can't help but wonder how Liz would feel if as she moved from state to state, she discovered that her family was protected in one but not the other.

I always thought freedom meant freedom for EVERYONE.

Couldn't have said it better myself. Liz – this isn't just an issue on which we disagree – you're just wrong – and on the wrong side of history. 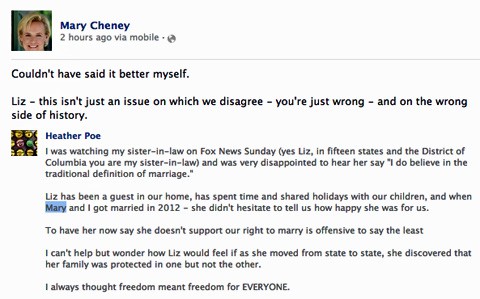 Writes the NYT: "Such comments could present political difficulties to Liz Cheney, who is trying to unseat Mr. Enzi by running to his right. Former Vice President Dick Cheney has already said that he supports same-sex marriage, but the matter is now plainly causing intense family friction."

WALLACE: Some of your conservative critics and, frankly, some of the Enzi people, say that you have flipped positions on some issues to try to attract voters that you didn't previously hold. You now say that you oppose same sex marriage, but they point out that in 2009, you opposed a constitutional amendment — I know you say it's a state issue — a constitutional amendment that would have banned same sex marriage and they point out that you supported the State Department offering benefits to same sex partners. They say that's a flip.

CHENEY: It's not and I stand by both of those positions. I don't believe we've got to discriminate against people because of their sexual orientation. If people are in a same sex relationship and they want their partner to be able to have health benefits or be designated as a beneficiary on their life insurance, there's no reason they shouldn't do that. I also don't support amending the constitution on this issue. I do believe it's an issue that's got to be left up to the state. I do believe in the traditional definition of marriage.

WALLACE: You talk about your position against same sex marriage. Your sister, Mary, who is married to a woman, put out this post. She said, "For the record, I love my sister," you, "but she is dead wrong on the issue of marriage."

CHENEY: Yes. And I — listen, I love Mary very much. I love her family very much. This is just an issue in which we disagree.

Watch a portion of the interview, AFTER THE JUMP…