Oprah Winfrey's yard sale includes a chest of drawers worth $50,000. 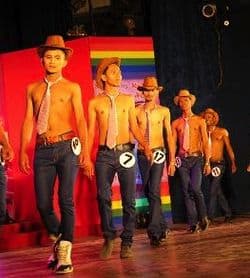 The father of the man who went on a shooting spree at LAX yesterday called police about his son around the same time the shootings actually took place.

The former owner of a gay bar that was badly damaged in a fire has been charged with arson.

Bernhard Goetz has been arrested for trying to sell marijuana to an undercover NYC cop.

Two kidnapped French journalists have been killed in Mali. 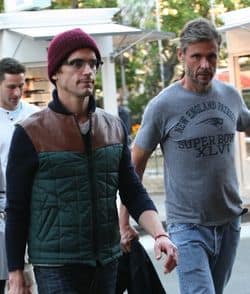 A bunbled up Matt Bomer and less bundled up Simon Halls take in a movie in LA.

There's a good chance that anti-discrimination laws could become a reality in Holland, Michigan if two anti-gay council members are defeated in Tuesday's election.

The family of jailed Pussy Riot Nadezhda Tolokonnikova claims she is now missing.