Despite direct orders from the Pentagon, several states said yesterday that they will continue to deny ID cards to gay spouses at state militias. 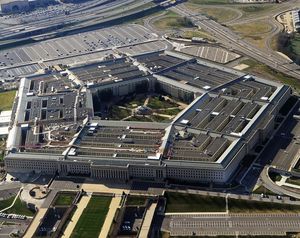 The resistance put the Pentagon on a collision course with states that have rejected a Defense Department request, first issued in September, for identity cards to be issued to same-sex spouses so they can begin receiving benefits due to married couples.

Oklahoma Governor Mary Fallin, the Republican head of the National Governors Association, called on President Barack Obama and Defense Secretary Chuck Hagel to "stop using the National Guard as a pawn in a larger social agenda," her spokesman, Alex Weintz, said in a statement on Friday.

Josh Havens, a spokesman for Texas Governor Rick Perry, said, "Texas Military Forces is a state agency, and as such is obligated to adhere to the Texas Constitution and the laws of this state which clearly define marriage as between one man and one woman."

Those Republican-led states are Florida, Georgia, Louisiana, Mississippi, Oklahoma, South Carolina, Texas and West Virginia. Earlier this week The Indiana National Guard reversed it's decision to not issue ID cards to same-sex spouses explaining that “the decision was never made to not process benefits, rather the decision was delayed in order to fully understand the impacts while service members serve in different pay categories.”

Like Perry, Republican Mississippi Governor Phil Bryant is one of those who has resisted. The Mississippi Business Journal reports:

Bryant says he does not have the constitutional authority to lift the ban. “The Mississippi Constitution clearly defines marriage as a union between one man and one woman and expressly prohibits the recognition of same-sex marriages performed in other jurisdictions,” Bryant said through a spokesman.