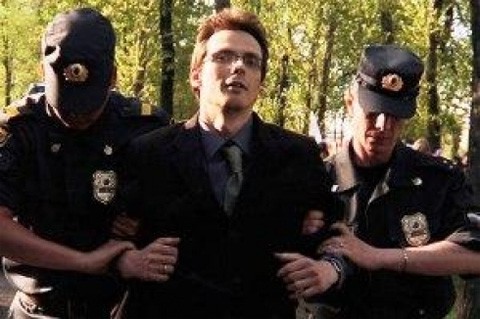 Gleb Likhotkin, a self-described orthodox activist and vice president of an anti-abortion group who shot a gay rights activist in the face with an air gun during an LGBT rights rally in St. Petersburg on May 17, has been given a one-year suspended sentence and no jail time, RIA Novosti reports:

City prosecutors said in a statement that Likhotkin “took personal offense” at a pro-homosexuality slogan written on a balloon being carried by one of the activists.
He fired at least one cartridge of eye irritant at the balloon and then two shots at its carrier, who was trying to disarm him.
Likhotkin pleaded not guilty but was convicted of hooliganism.