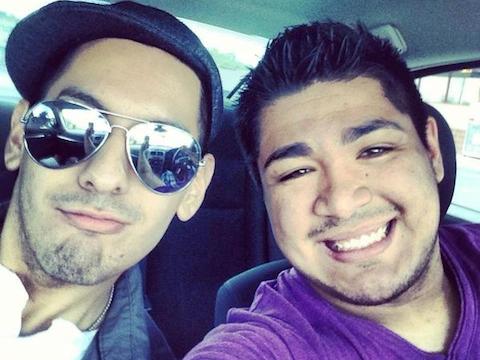 A Chickasha, Oklahoma man was doing some late-night shopping at his local Walmart with his boyfriend when a curious janitor stopped him to ask questions about homosexuality.

The man, Jonathan Pacheco, engaged with the Walmart employee but realized that things were going south when the janitor said that in his Bible, "it is Adam and Eve, not Adam and Steve," that theologically-sound argument against the sins of homosexuality.

The unnamed employee then told Pacheco that he wasn't allowed in his store and told him to leave.
Pacheco laughed the incident off after reporting the incident to two different store managers, but was concerned that neither took down any information.

Said Pacheco to The Express-Star,
"I feel like I can't go anywhere now. Out of all the stores I go to, Walmart is the one that is prejudiced against someone's sexual orientation. I mean, come on."

"We are still in the process of talking to all who were involved," she said. "As soon as we are finished we will take the appropriate measures."