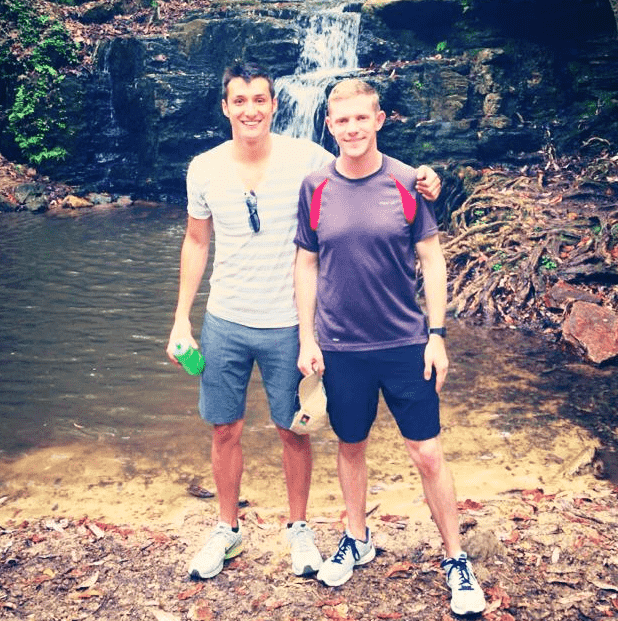 For the first time in West Point's history, two men (both West Point graduates) will marry in the chapel of the military academy today. According to the AP:

Larry Choate III, class of 2009, will marry Daniel Lennox, class of 2007, on Saturday at the U.S. Military Academy's Cadet Chapel. West Point hosted two same-sex weddings of women in late 2012, more than a year after New York legalized gay marriage. But this is the first time two men are being wed at West Point… 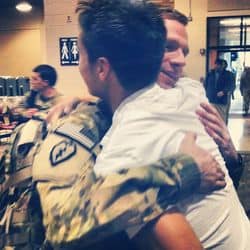 Choate, 27, said the landmark Gothic chapel at the Hudson Valley academy is a special place and it's an honor to be wed there. He taught Sunday school at the chapel as a cadet and always thought of it as the place he would get married, if he could.

Both men are out of the military. Lennox, a 28-year-old from Washington, D.C, is getting his master's degree in business administration at Harvard University in Massachusetts. Choate, from Seattle, works at the business school there and is applying to Harvard's John F. Kennedy School of Government.

According a post on Choate's blog, the two men became engaged in March of this year, soon after Lennox's return from a year-long deployment in Afghanistan. The right side photo captured their reunion upon his return.

In a post from earlier this week, Choate writes about the excitement he and Lennox experienced after being handed their marriage license from a clerk in New York:

It was just a white paper form that came out of their laserjet printer and was embossed with the seal of the state of NY. It's real world value is next to nothing. But to us it's the official, legal recognition of our new life together. It's everything so many advocates and activists have devoted their lives to making possible.

We'll post photos from the wedding as soon as we see them. Congrats, guys!