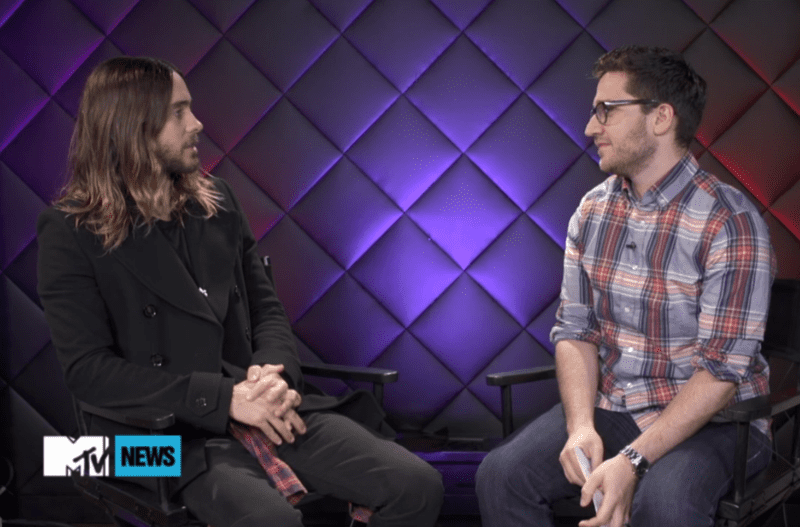 Jared Leto revealed to TV how he believes he won the role of Rayon, the transgender AIDS patient he portrays in the new film Dallas Buyers Club: good old-fashioned flirting.

There was Skype meeting set up with the director (Jean-Marc Vallée). It wasn't really an audition but it was kind of an audition – underneath it all. But I decided to use it as a test, really, for myself, to see what I had to offer. So I said hello via Skype. We were in Berlin…I said hello and reached out and grabbed some lipstick started to put it on and his mouth fell to the floor as I started to explore the character. I was wearing this jacket. I unbuttoned it, had on a little pink furry sweater and pulled it down over my shoulder, proceeded to flirt with him over the next 20 minutes and then woke up the next day with the official offer. A girl's gotta new what a girl's gotta do, baby.