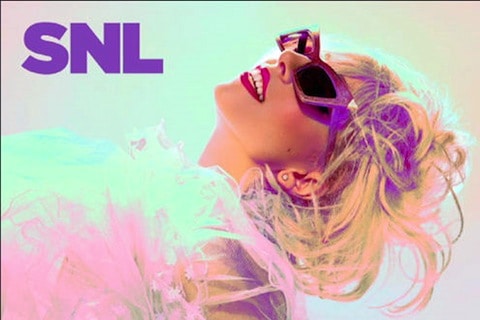 — Love or hate her, you'll be seeing plenty of Lady Gaga following the official release of ARTPOP today. Saturday she takes over hosting and musical guest duties on Saturday Night Live, 11:30 p.m. Eastern on NBC.

More picks and clips, including the return of Modern Family and a booty-poppin' episode of Glee, AFTER THE JUMP…

— American Horror Story: Coven gets another dose of reality Wednesday at 10 p.m. on FX when they introduce a character based on the very real (and very scary) Axeman. Plus, the girls of Miss Robichaux's encounter an unexpected resident in the house. Get caught up with our recap of last week's episode here!

— We all know twerking doesn't get any better than this guy, but Mr. Schuester and the Glee gang give it their own go this Thursday at 9 p.m. on Fox.

— Karl Urban is no stranger to sci-fi, having appeared in J.J. Abrams' Star Trek and starring in last year's Dredd. This time he's on the small screen, in the bionic buddy cop drama, Almost Human, premiering Sunday at 8 p.m. on Fox.

Previous Post: « Newly Reelected Israeli Mayor Thanks God There are No Gay Residents in His City
Next Post: Gay Couple Waits for ‘The Call’ in Powerful New Video About LGBT Adoption Rights: WATCH »